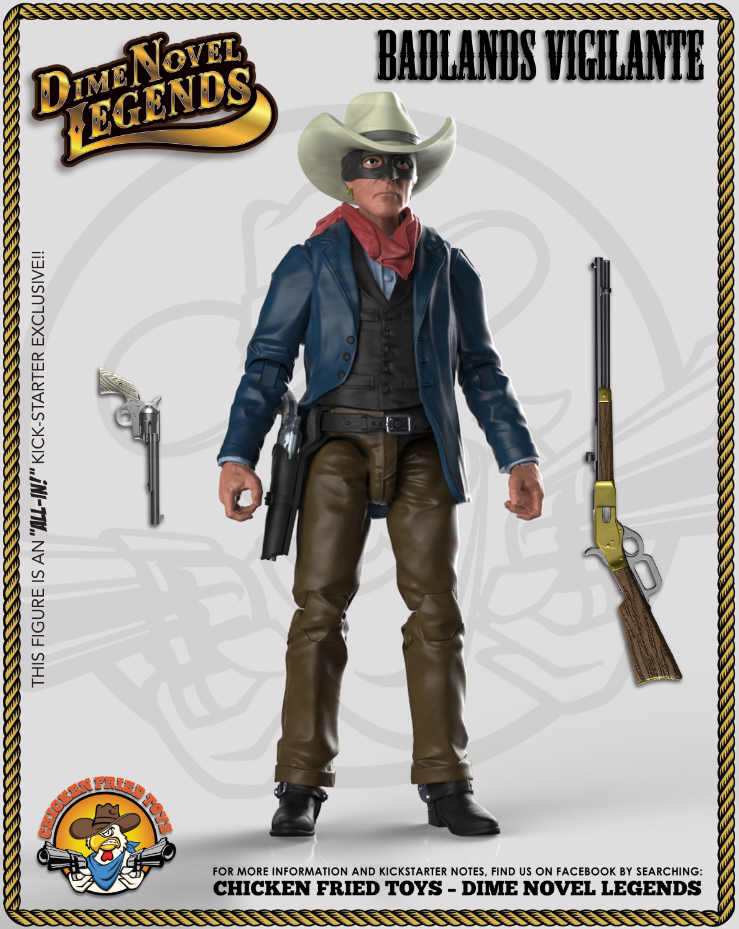 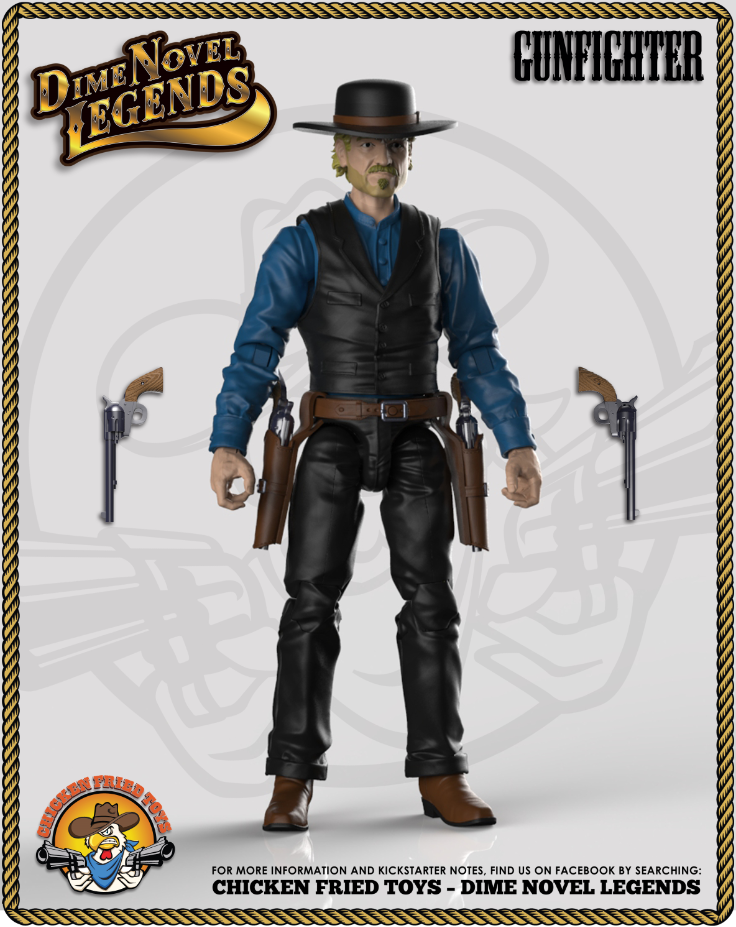 Joe Con 2016 concludes today but we’d be remiss if we didn’t talk about Legends of the West.

Earlier in the Armchair Coverage of Joe Con 2016, there was mention of the Broken Arrow Toys booth and how there were several lines being displayed there.  JBL’s already highlighted Spero Studios Animal Warriors of the Kingdom but now it’s time to acknowledge another more classic-themed line: Chicken Fried Toys’ Legends of the West!

Imagine if you will a brand-new 1:18 scale series of Western-themed figures.  Now, take those figures and add in incredible sculpting detail.  Sound pretty good?  Let’s take it a step further and give them modern-level articulation!  Now, if that doesn’t make you want to saddle up and support the line I don’t know what will!

According to the images shown at the Broken Arrow Toys booth, the line will consist of the following figures:

There’s also the possibility of two others who, according to the initial artwork, seem to be a combination of parts from the other figures.  Each figure also appears to include at least two accessories (firearms) as well as a unique Chicked Fried Toys display base.

The Animal Warriors of the Kingdom have invaded Joe Con 2016!

Sure, the core focus of Joe Con 2016 is firmly centered on the G.I. Joe brand but over the past few years there have been several new exhibitors who have been attracting quite a bit of attention.  From Marauder Gun-Runners to Boss Fight Studio, third party toy companies have been steadily making inroads with the 1:18 scale crowd and this year is no exception.  Case in point: Spero Studios’ Animal Warriors of the Kingdom!

On display this weekend at the Broken Arrow Toys booth (run by a good friend of JBL), Spero Studios has been unveiling test shots and production samples from their forthcoming Animal Warriors of the Kingdom line that is currently funding on Kickstarter.  (HINT!) Today, just an hour or so before the Hasbro panel was scheduled to begin, they unveiled some of the next series: the BIG APES!!!

Seriously– my primate-fascinated mind cannot begin to describe how awesome these are!  I’m already picturing where I can put these guys on my shelves– somewhere down from Captain Simian & the Space Monkeys but not too close to the Planet of the Apes!

In addition, the production samples for the entire first series were also on display!  If you’re at the event and you’re on the fence as to whether you’d like to support the Animal Warriors of the Kingdom Kickstarter, stop on by the Broken Arrow Toys booth and check’em out!

Keep checking back for more of JBL’s Armchair Coverage of Joe Con 2016!

It’s true, Joe fans!  G.I. Joe FSS 4 shipment 2 is heading to your mailboxes! Subscribers should be their coveted brown cardboard boxes within the next few days as these “mystery figures” make their way all around the globe.

Thanks to Alyosha of Broken Arrow Toys, pictures of G.I. Joe FSS 4 shipment 2 have surfaced online.  We’re going to share them below so if you’re one of those fans that don’t want “teh sooprize reveeled” then avert your eyes as we’re holding back nothing.

Get ready for the most challenging custom contest ever. Here is the simple breakdown you register by submitting a character you want to see customized, I randomly assign the contestants the submitted characters and you have one month to finish and submit to me via PM your finished work. Here are the complete rules. Here’s where you go to submit your registration!