The 2012 G.I. Joe Collector’s Convention sets featuring the Oktober Guard sold out in near record time.  Those who were hoping to snag a non-attending Homefront Heroes set had to either be incredibly lucky to have been online when they were listed or have ties in the Springfield underground.  Realizing that this rapid of a sellout leads to an unhappy membership, the GIJCC raised the possibility of a second production run but made no guarantees.  Well, that run has now come to fruition.  This email went out to all Collector’s Club members late yesterday:

Don’t miss this limited edition second-run of these fantastic Oktober Guard vs. Iron Grenadiers action figures. You must be an official G.I. Joe Collectors’ Club member to order. Visit the Club Store to pre-order before the Nov. 30th, 2012 deadline! (Product will be shipping in the spring of 2013, exact date TBD).   Cost is $360 per set (plus shipping).  Only boxed sets will be produced and the production run will only be what is pre-ordered.   Don’t miss this final opportunity to own this highly sought after set! Check it out at GIJoeClub.com/shop.

For pictures of the individual figures from GIJoeCon.com click here!”

I don’t know what this bodes for the future but for those of you who missed this set, now is the time to try and snag a fantastic update on the Oktober Guard.  Once this particular site admin gets finished moving and unpacks, the review of those figures might FINALLY be posted.

Here are a few shots of this awesome set from the Collector’s Club.

While I wasn’t able to attend the Con in person this year, JBL has had a lot of help from “on the scene” photographer Photonut!  However, he’s also got some help– Justin from Hunter PR has sent along these “official images” of items revealed at the 2012 Hasbro Convention presentation.

One of the biggest surprises are the PVC mini-figs know as “Micro Force”– featuring 80+ blind-packaged collectible figures.  That’s right– tiny G.I. Joe figures that are perfect to adorn any computer desk.  (You can see where I’m going with this already.)

In terms of G.I. Joe Retaliation movie items, here’s what you’ll see in the images below.  (I’m borrowing some details from over at GeneralsJoes.com.  (Justin’s done a great job covering things as usual!)

You can check out all of the images in the gallery below.  A big thanks to Hunter PR for making these available to fans everywhere!

This is easily one of my favorite parts of the entire Joe Con experience.  Seriously– I LOVE the con diorama and every year that I’m fortunate enough to attend I snap far more pictures than I should of it.  There’s just something about seeing all of the figures that you’re anticipating purchasing in action– battling Cobra and keeping the toy shelf safe for democracy.

Here are Photonut’s excellent pics of the 2012 multi-setting Con diorama!

Photonut is a MACHINE down at the con this year– cranking out images far faster than a certain “at home admin” can post them.  However, he came through with some great pics of the Day 1 Retaliation offerings from the Hasbro case.

Stay tuned for his post-Hasbro panel images later today.  The next wave of figures will hit store shelves February 2013!

More images from Photonut– this time of the parachute drop and the Cobra Stealth Paratrooper figures!  It’s always a great way to start the convention– taking small plastic figures and chucking them off of a roof.  (I can recall the last time I was at a Joe Con in NOLA.  I swung my arm back to pitch the figures and came away with a hand full of parachutes.   Those poor poor Nullifiers…)

Enjoy these lastest images from “on the scene” and stay tuned for more images at JBL! 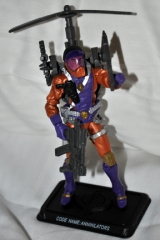 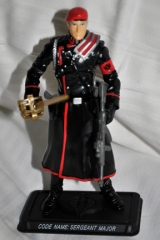 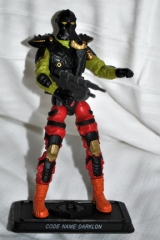 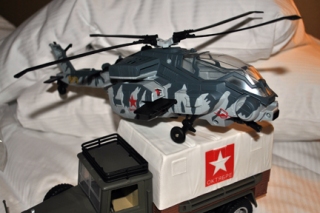 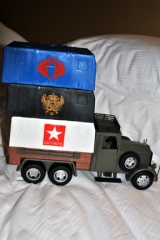 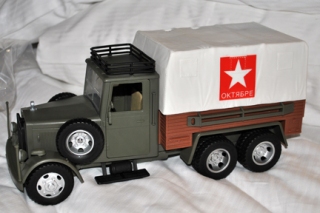 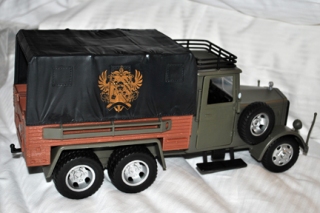 Madmac41 is down on the scene at the 2012 Joe Con in New Orleans and has sent on this information regarding the 2012 Convention Exclusives.  (Thanks to his Golden Ticket.)

Also revealed was the attendee exclusive- a Russian repaint of the Snarler!  (Picture of Madmac41’s bike– courtesy of GeneralsJoes.com)

More details as they emerge…

EDIT– I received a pair of pics last night from Photonut showing Horrorshow and the sidecar of the Joe Con Snarler.  It looks like Stepan needs to lay off the borscht if he’s going to be riding shotgun any time soon!  Still, an updated Oktober Guard is something that has been top of many Joe fan’s “wish list” for some time now so it looks like the Club has another hit on their hands!

Registration is now LIVE for NON-ATTENDING packages for  the 2012 Collector’s Convention in New Orleans, LA.