My dislike of Apple isn’t very veiled. So, when it was announced that the G.I. Joe Retaliation soundtrack album was available prior to April 2 on iTunes, I knew I had to seek another venue for obtaining it. Thankfully, a quick search on my Android phone revealed that iTunes wasn’t the only game in town!

Here’s the track listing one more time for those who might have missed it before: 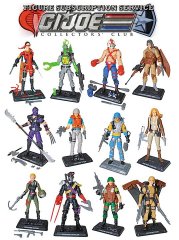