The G.I. Joe Collector’s Club Tollbooth is in the house!  (Or is he building the house?)

Fresh off the Christmas holiday JBL is back with another review from the latest shipment from the G.I. Joe Collector’s Club Figure Subscription Service!  Once again I’m joined by “Esteemed Professor of G.I. Joe-ology” Chris Chung of JoeSightings.com to take a look at this latest release from the club.  Tollbooth was one of the most hotly anticipated figures in FSS 2.0 since his reveal at this year’s Joe Con. Does he live up to the hype or is he about as exciting as a Christmas fruit cake?

Check out the review in the G.I. Joe Collector’s Club Review Index and find out two Joe fans’ opinions as we reach the halfway mark of FSS 2.0!

Okay, here’s the skinny– I’m going to spoil who is in the shipment.  I’m not doing this out of malice but rather excitement because these are two of my more anticipated figures in the entire second round.  So, if you don’t want to be spoiled, stop reading now and go pick up a Larry Hama G.I. Joe trade instead.

Expect a review to drop in the next few days but I just wanted to throw this out there now.  Merry Christmas from the G.I. Joe Collector’s Club!!! 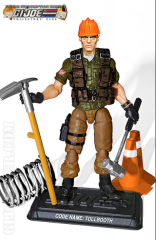 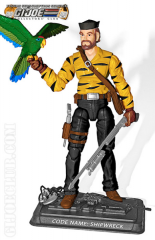