Fear not, Joe fan!  You’ve not stepped through a rift that’s transported you back in time nearly three years!  Rather, the JBL admin has decided to whittle down his massive backlog of reviews and delved back into the first series of the subscription service to review FSS Quarrel!

Two years.  That’s the time difference between the first and last photos shot for this review.  In that time no less than 2 successive waves have hit and been reviewed.  It’s the problem with stockpiling photos with all the obsessiveness of a digital horder.   It all leads to a massive stockpile of product that has been shot, watermarked, but never reviewed and posted.  (Heck, there’s still last year’s Joe Con set to get through!)

However, enough ranting from the admin.  FSS Quarrel first dropped back in early 2013 as part of the first series of the G.I. Joe Collector’s Club Figure Subscription Service.  Based on the classic 1983 Action Force character, this marked Quarrel’s first appearance in the “modern era” of G.I. Joe figure construction.

Was it worth the wait?  Is she a solid addition to any Joe collection?  Do she and Duke use the same hair dye?  Only two of this questions will be answered but to find out which two, head on over and check out the review of the FSS Quarrel figure in the G.I. Joe Collector’s Club Review Index!

The oft-delayed sign-up period for the G.I. Joe Collector’s Club Figure Subscription Service (or GIJCC FSS) is rapidly drawing to a close.   Midnight on September 4th is it so if you’re a hard-core G.I. Joe fan that wants these “made-to-order” figures you’ll have to act soon.   Estimates put the cheapest option for the 12 named and 1 bonus figure to be just over $350.00, putting it on par with a boxed convention set in terms of pricing.

In addition to some new images of Quarrel and TNT, the Club posted this information on their Facebook page yesterday:

Deadline for the G.I. Joe Collectors’ Club FSS subs is Midnight CST on 9/4/2012! If you’re subbing, that’s the cut-off!
FIGURE SUBSCRIPTION SERVICE Update!The Figure Subscription Service ends at midnight on September 4th central time. DON’T MISS OUT! Go to the club site for the official link.Please note that if you are checking your FSS order, you do this at the FSS site NOT the club store. The two systems are independent even though they are able to use your same login and passwords.

NOTE ABOUT SINGLE FIGURES: There will not be a large quantity of single figures ordered for the club store so if you are interested in most of the figures offered, we recommend that you subscribe and sell the items you are not interested in to others. This will ensure that you receive the figures that you really want.

If you log in to check your order(s) (click My Account at the bottom after you log in), and you are not seeing your invoice or emails, please drop us an email using the link at the bottom of the My Account page and we will have your file reconstructed. Your invoices are in the system but there are a few accounts that are not displaying correctly. After the subscription period ends, we will only send out emails to the FSS subscribers concerning shipping/billing updates and all of those emails will appear in your My Account.Thanks for your patience and support of this new system 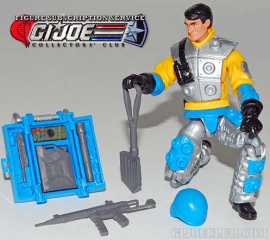 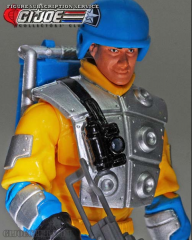 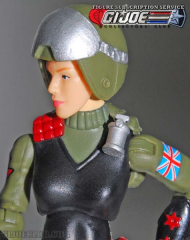 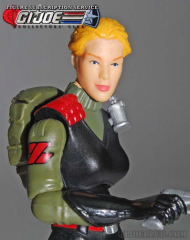 Here’s a look at everything from “Wave 1” of the Club’s fledgling FSS: