Animal Warriors of the Kingdom returns to Kickstarter on May 1, 2017!  Check out the official announcement below!

Spero Studio was founded by Jason Bienvenu and Brandon Gary, inspired by the 4 scale, toy lines of the mid 70’s, 80’s & 90’s, Spero focuses on bringing back the fun and joy from these eras with high quality products featuring modern articulation and accessories!

ANIMAL WARRIORS OF THE KINGDOM™ Series One: will consist of Ape, Canine, and Feline warriors, including the series main protagonist the albino ape Pale and he’s vile nemesis Baron Kah Lee. Each figure features 17 points of articulation as well as weapon accessories.

SERIES ONE WAVE ONE 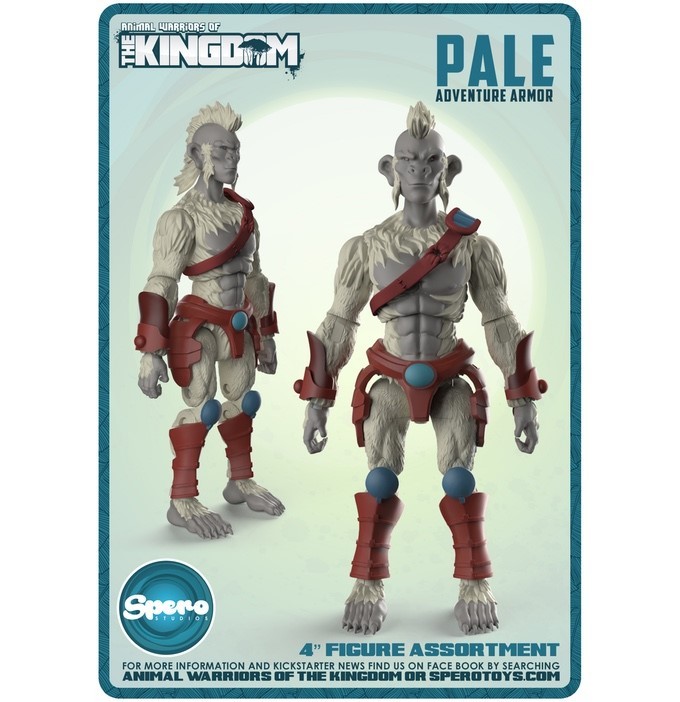 PALE: ADVENTURE ARMOR  –The young albino ape king sports his trademark Mohawk and red armor while wielding the ability to absorb his fallen enemies powers; however this gift comes at a great cost as their ghosts become attached to him and slowly drive him mad! 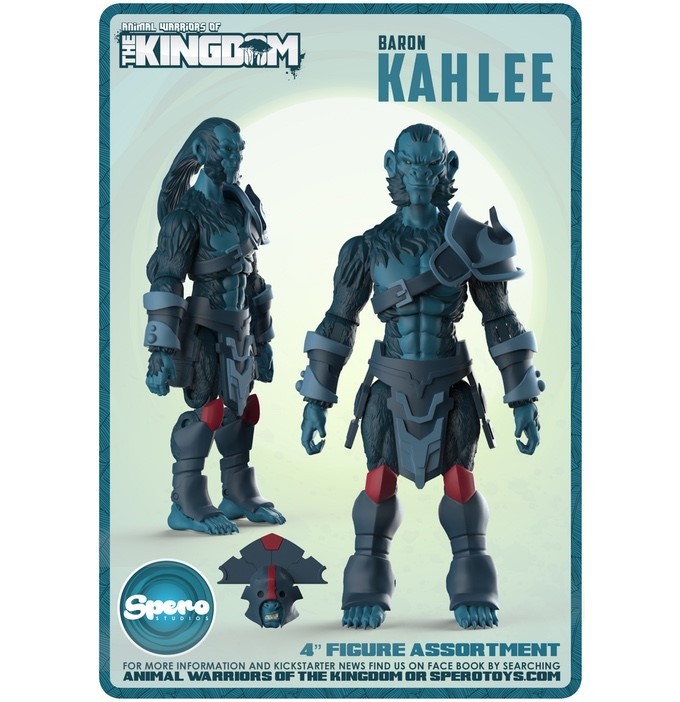 BARON KAH LEE – The tyrannical ruler over all of the Ape Kingdom. This devious villain rules with an Iron paw and will stop at nothing to secure his place at the thrown, including eliminating the rightful ruler, Pale the young ape king!  Create Kah Lee’s Elite Guard with alternate head accessory. 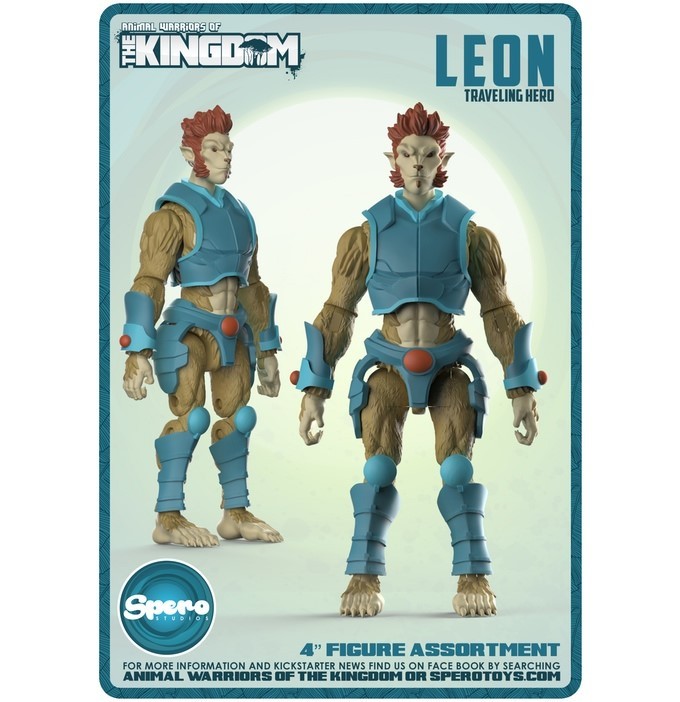 LEON: This traveling hero roams from town to town fighting for honor and revenge. His people were among the first to be displaced and enslaved by the Baron’s reign. 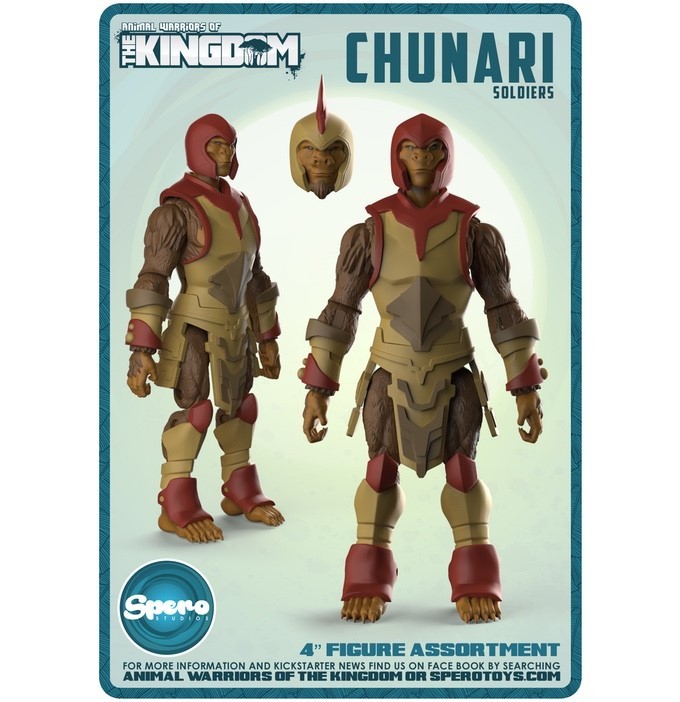 CHUNARIAN SOLDIERS -These heroic soldiers make up the backbone of the Chunarian army and guard the walls of the sanctuary jungle city of Chuh-Nar from enemies of every kind. Create the Captain of the Guard with alternate head accessory. 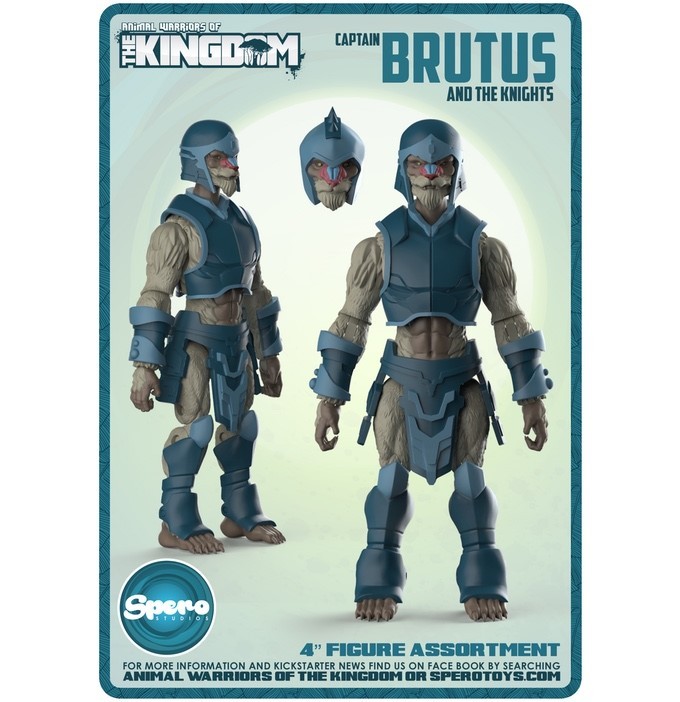 CAPTAIN BRUTUS & THE HORRID KNIGHTS – Feral Mandrill soldiers meant to overwhelm and decimate rival armies; what they lack in fighting skill they make up for with sheer numbers and unhinged savagery! Create the Horrid Knights with alternate head accessory. 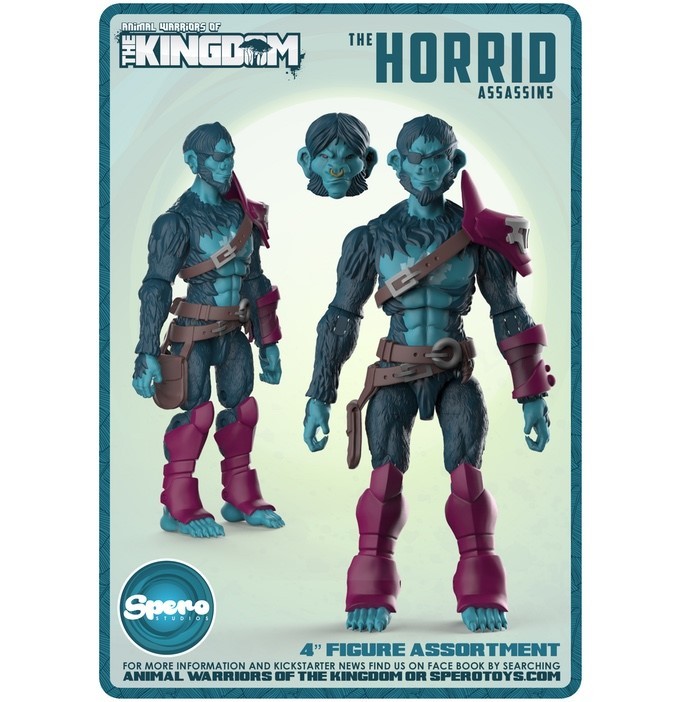 HORRID ASSASSINS – Only slightly less vile than the mandrills these chimps are deadly with a bow but can wield a blade when in a bind. These apes rain hate down on opposing armies as the city gates give way to the steady push of the horrid! 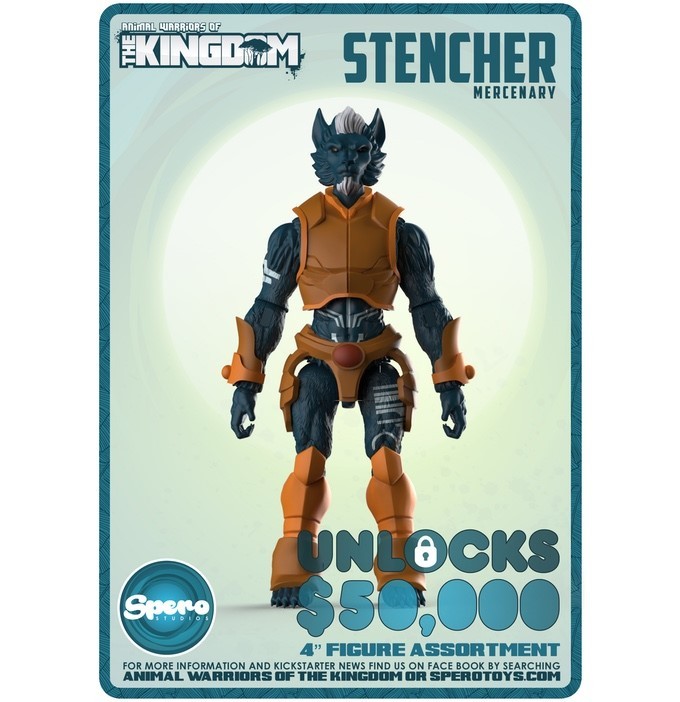 STENCHER! This skunk is his own one animal army, his wretched stench can incapacitate almost anyone; and if his fowl odder doesn’t defeat you his formidable fighting skills will.