In the words of Pavel Chekhov from Star Trek VI: The Undiscovered Country:

It’s been three weeks since the last shipment from G.I. Joe FSS 4 and the Collector’s Club is staying pretty true to their word about the frequency of shipping.  A few subscribers have already started to receive the latest shipment and, thanks to the ever-generous Alyosha of BrokenArrowToys.com, we’ve got images of the latest arrivals.

For those of you who prefer to be surprised, turn away now as were going to reveal who’s in the G.I. Joe FSS 4 box after the jump!

This month the shipment consists of Bullhorn and the Inferno BAT!

I’ve got to admit that Bullhorn looks pretty close to the 1990 ARAH figure. The color scheme is pretty close and the Retaliation Cobra Trooper harness is a decent fill-in for the original sculpted design.  He still comes with two rifles include the PoC/50th Low-Light‘s sniper rifle and backpack.  Once again, the club also went out the way to recreate his vintage accessory bullhorn (or parabolic microphone if you read my vintage figure review) to the delight of the vintage pure-ists out there.  He does have the same odd headband that has been released with the Slaughter’s Maruader Red Dog and the 2015 convention Tiger Force Big Brawler but thankfully it’s removable.  (Otherwise he looks like Irene Cara from Flashdance!)

I have to admit something– the Inferno BAT looks way more interesting than I would have thought posssible.  Maybe it’s the translucent parts, maybe it’s the extra blade accessory from the Valor vs. Venom era BAT or maybe I’m just happy to see some new Joe product but this figure does a decent job of recreating the concept of the 2003 Inferno BAT!  I do wish that the club has spent some extra $$$ to retool a more accurate BAT v2 head for this particular model but, let’s be honest, the club is definitely frugal when it comes to their production budgets.

Now, if last month’s shipping error is any indication, that means that Billy and the Interrogator will be dropping in early May and the last shipment of G.I. Joe FSS 4 will contain Tiger Force Outback and Tiger Force Sneak Peek along with the mysterious “13th figure”.  (Which I really want to call Agent 13 for some reason.)

We’ve got a few more pics of both Bullhorn and the Inferno BAT below.  Keep your eyes peeled to JBL for reviews of both these figures in the coming week and, as always, let us know  your thoughts either in the comments below or over on the JBL Facebook page. 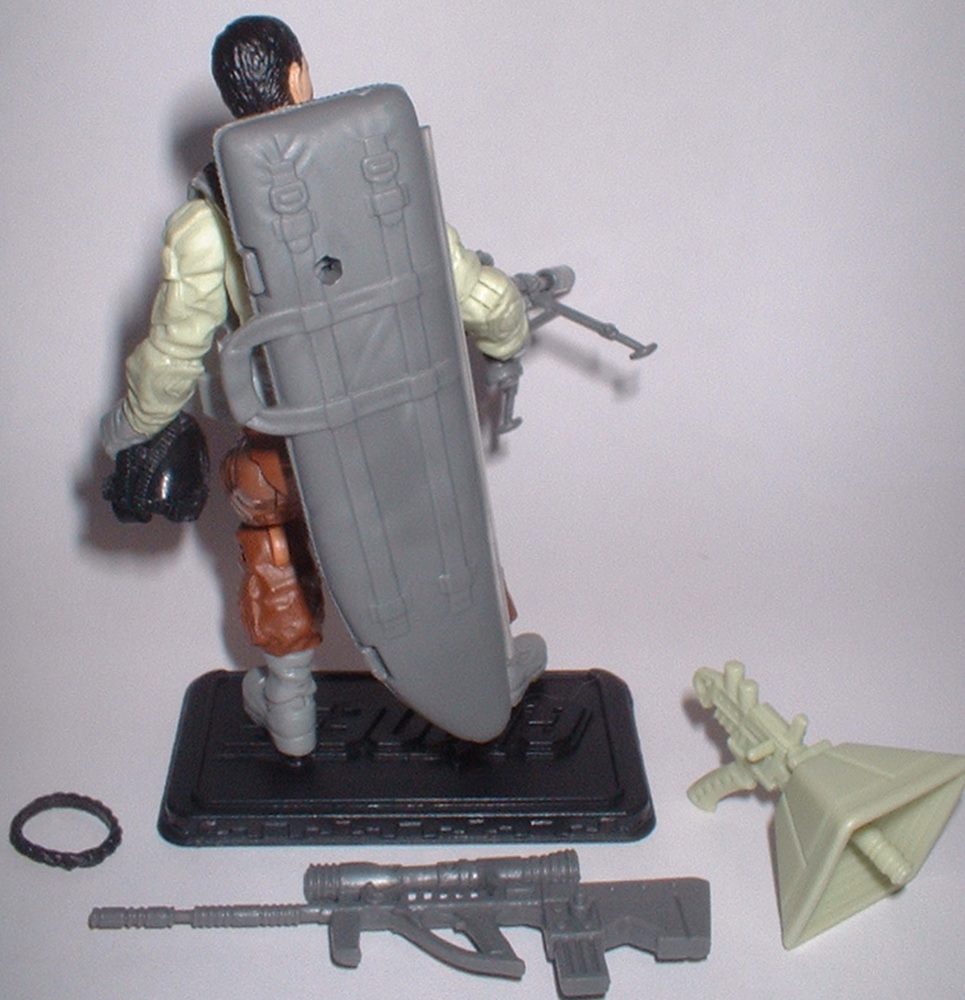 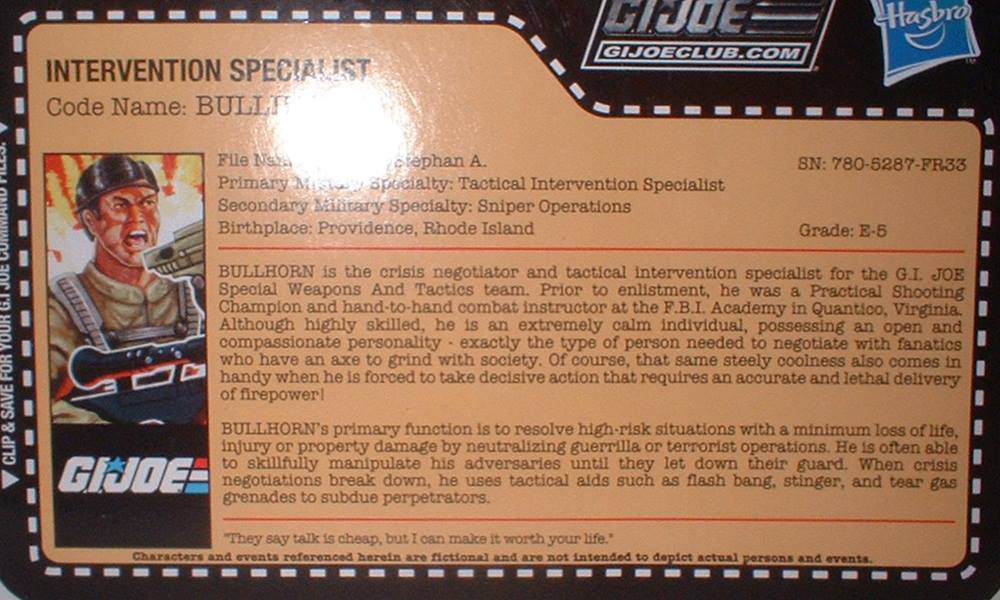 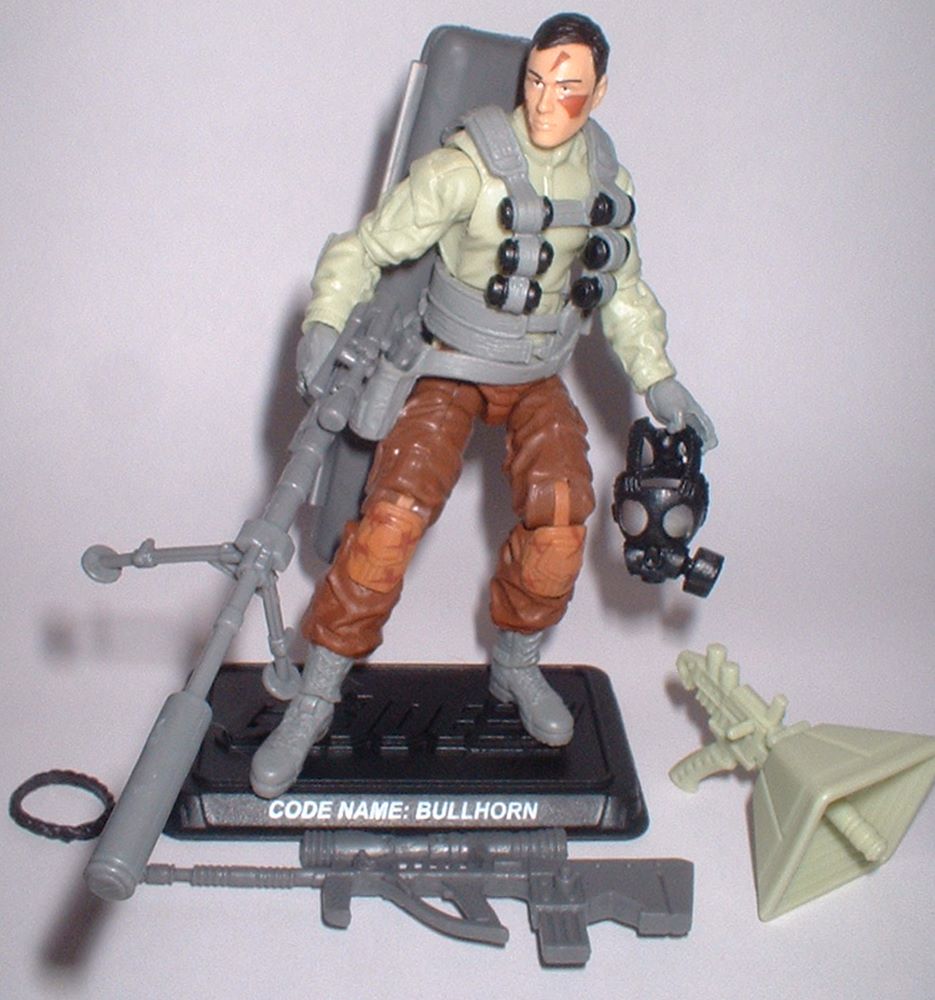 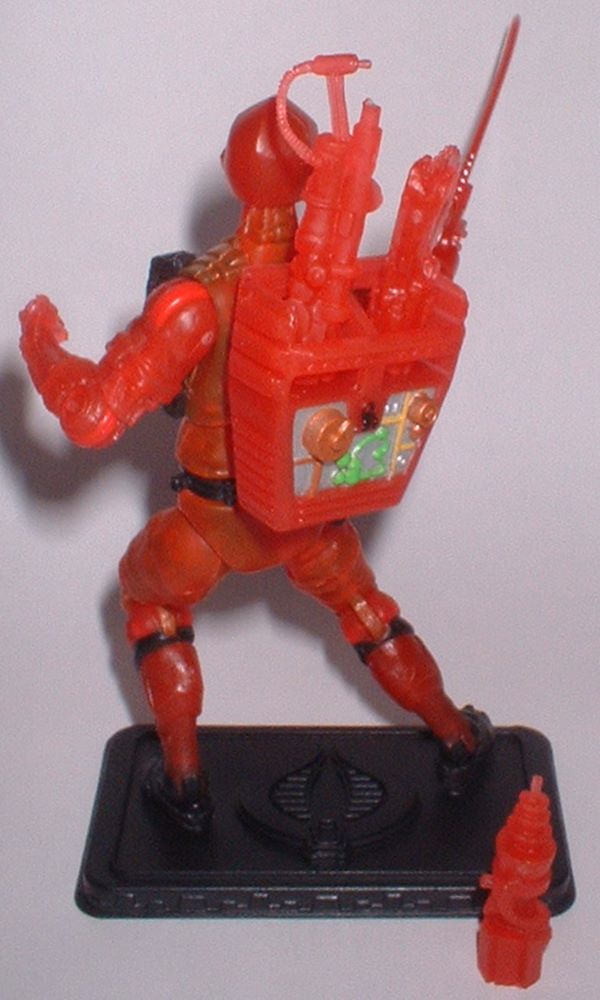 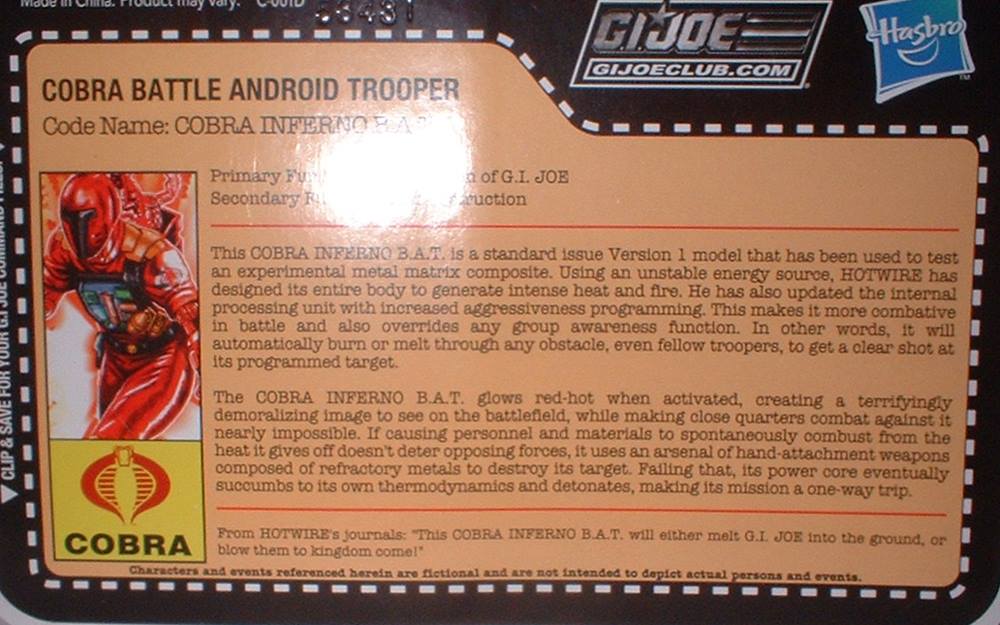 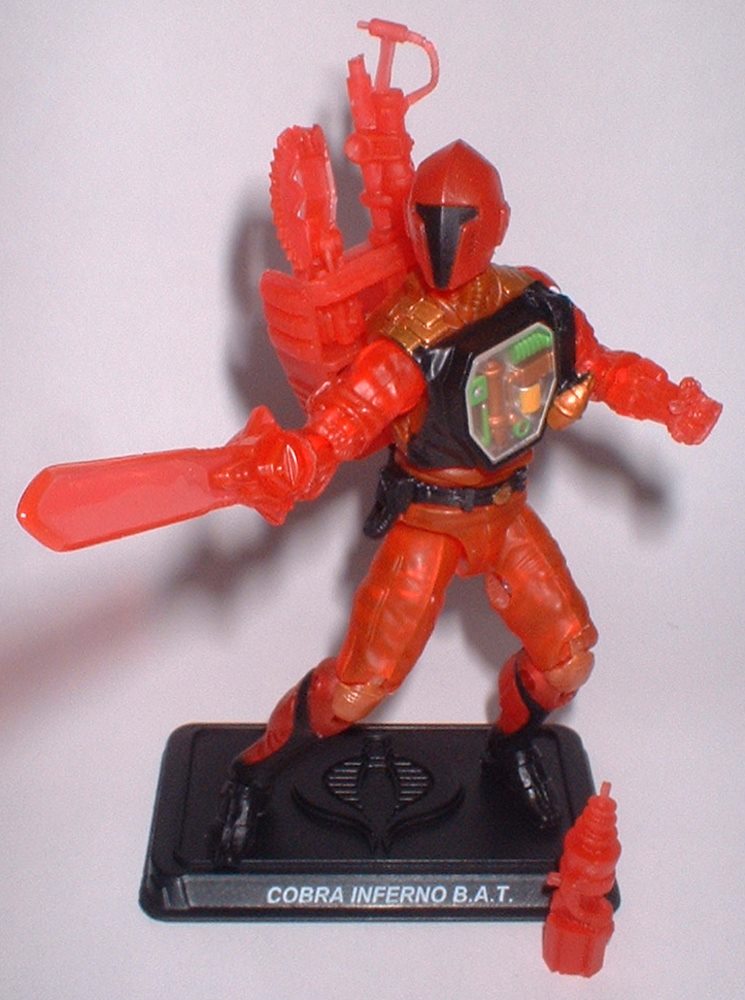 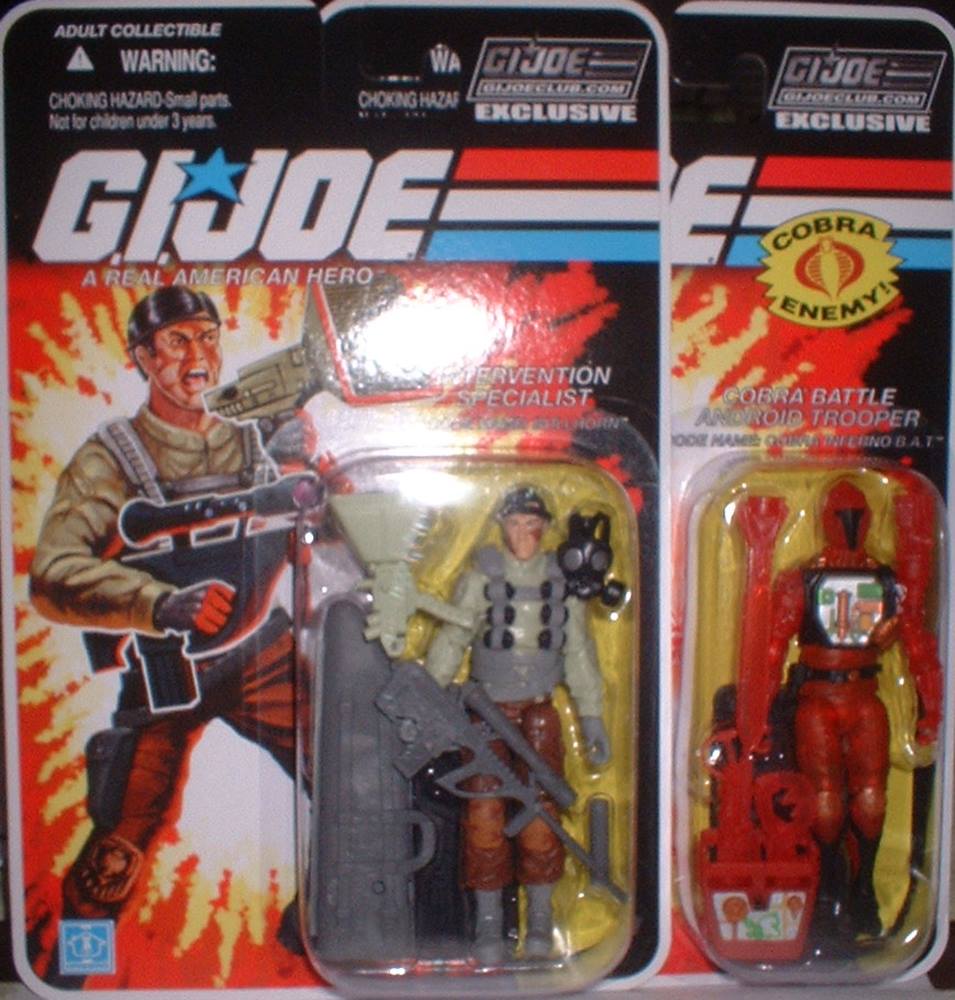