So, there is it is… our first look at the long await Rock n Roll membership incentive figure that was accounted at Joe Con 2017’s Club Roundtable.  In some ways he almost exactly what this Joe fan expected.

Let’s flash back to Joe Con 2013 and the unexpected unveiling of “Concept Case v2” – a small group of figures that was shown by onsite Hasbro personnel in the final hour of Saturday’s dealer’s room.  The reveals were impressive– new updates on classic versions of Destro, Flint, Storm Shadow v2, Leatherneck, and the greatest Marine of the Joe team: Gung-Ho.  (No bias here.) All of these have seen release through the now-defunct 50th Anniversary Line but one figure from those reveals never made it out– the update to the 1989 Rock n Roll v2.

At Joe Con 2017, the Club announced that Rock n Roll would indeed be this year’s renewal figure but that he wouldn’t be based upon the concept case version.  Yet, this month’s G.I. Joe Collector’s Club newsletter tells a very different tale.  The figure build is IDENTICAL but the paint deco, in Club fashion, mimics the 1989 version as closely as it can.

Now, is this a good thing?  It all depends on where you sit on the issue of vintage accuracy.  The concept case version paid homage to the 1989 version but with a more modern color scheme and a tattoo that we’ve not seen since Bench Press was released at Toys R Us back in 2009.  The initial image, provided by Mike Tinnel of Just Another G.I. Joe Show, shows a decent attempt to marry the vintage style with the modern sculpt.  The colors look a bit bright to modern eyes but they are very much part of that vintage aesthetic that the Club strives so hard to emulate.  After all, this version appears to be more inspired by his appearance in Marvel Comics G.I. Joe: A Real American Hero v1 #97 than by the vintage figure itself.  The bright green, the reddish browns– those are all straight off of the comic page.

However, aside from the colors, the bigger issue for most fans seems to be the inclusion of only one of Rock n Roll’s signature Vulcan machine guns.  The Club appears to have faithfully retooled the original accessory but only included one of these weapons of mass destruction with the figure.  Now, the rationale behind this can’t be driven by the backpack included with the figure.  We’ve seen this backpack a great many times in the modern line– from the PoC Iron Grenadiers to the Joe Con 2013 Night Force Repeater to the Rise of Cobra Outpost Defender Roadblock that was exclusive to Walmart.  As such, we’re all familiar with the fact that it has two ports, one on either side, designed to accomodate an ammunition belt.  This means that the accessory included will actually permit Rock n Roll to wield two of these Vulcan heavy machine guns just as his vintage version did.

At this time, all we have in a single image that was graciously shared by a fan who received his newsletter early.  Will Rock n Roll come equipped with two Vulcan machine guns instead of one when he ships out next to G.I. Joe Collector’s Club members?  Only time will tell.  EDIT: We received additional images that I’ve added below.  Rock n Roll will only include ONE machine gun at this time.

To ensure your delivery of the updated Rock n Roll v2, be sure to be an active member of the G.I. Joe Collector’s Club for its final year. 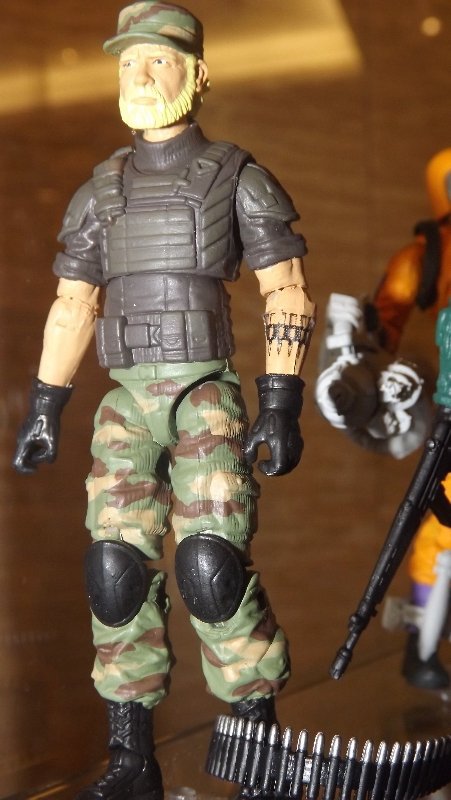 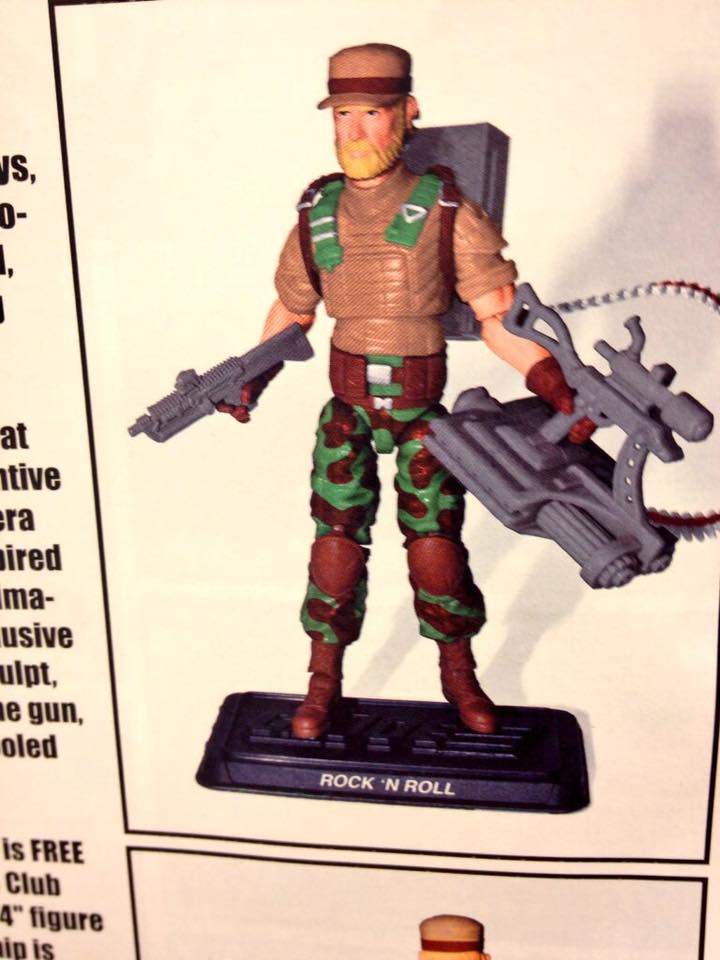 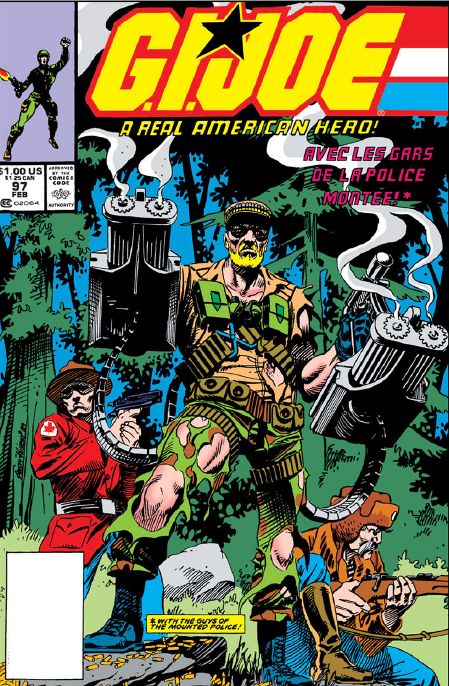 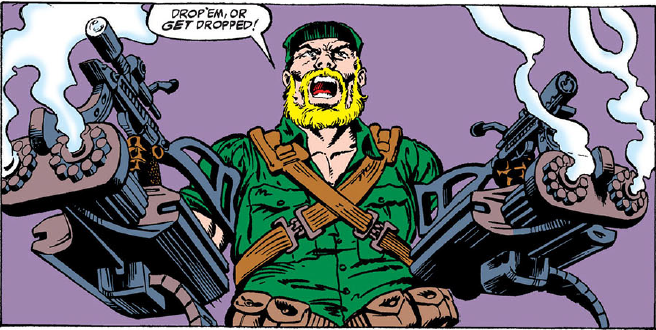 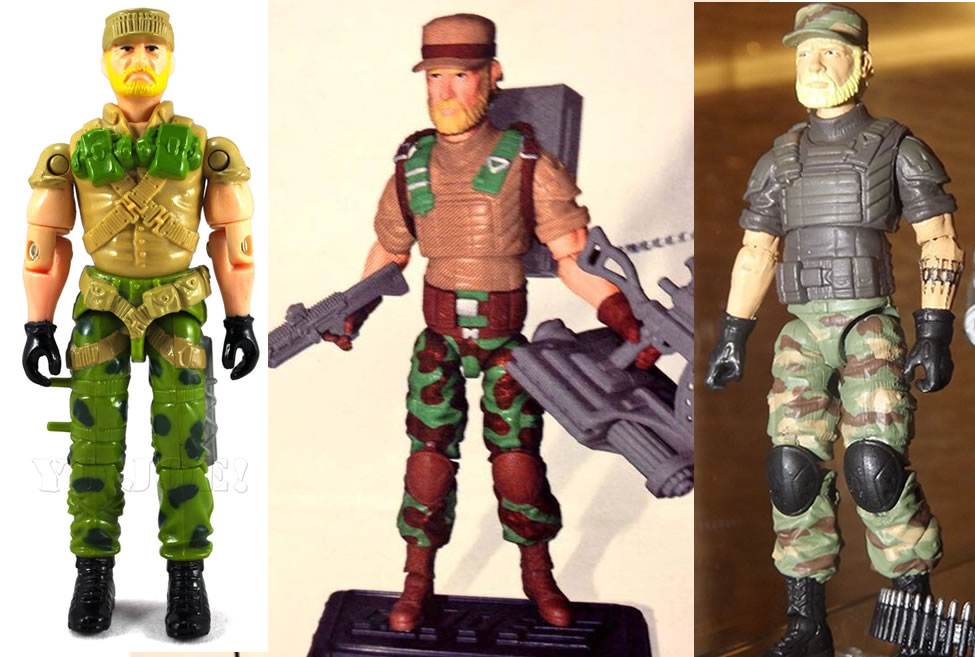 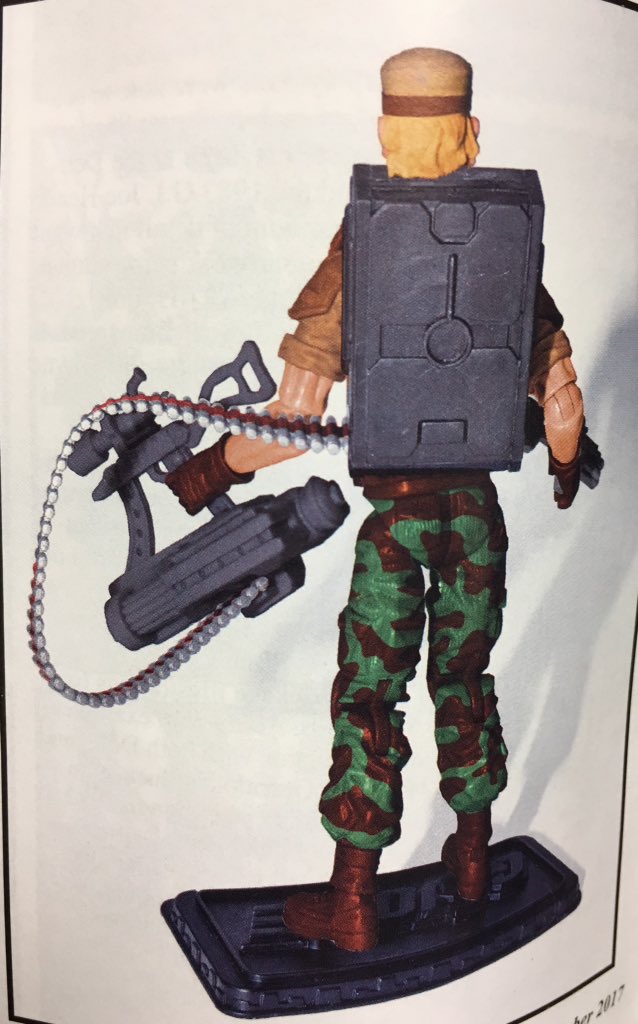 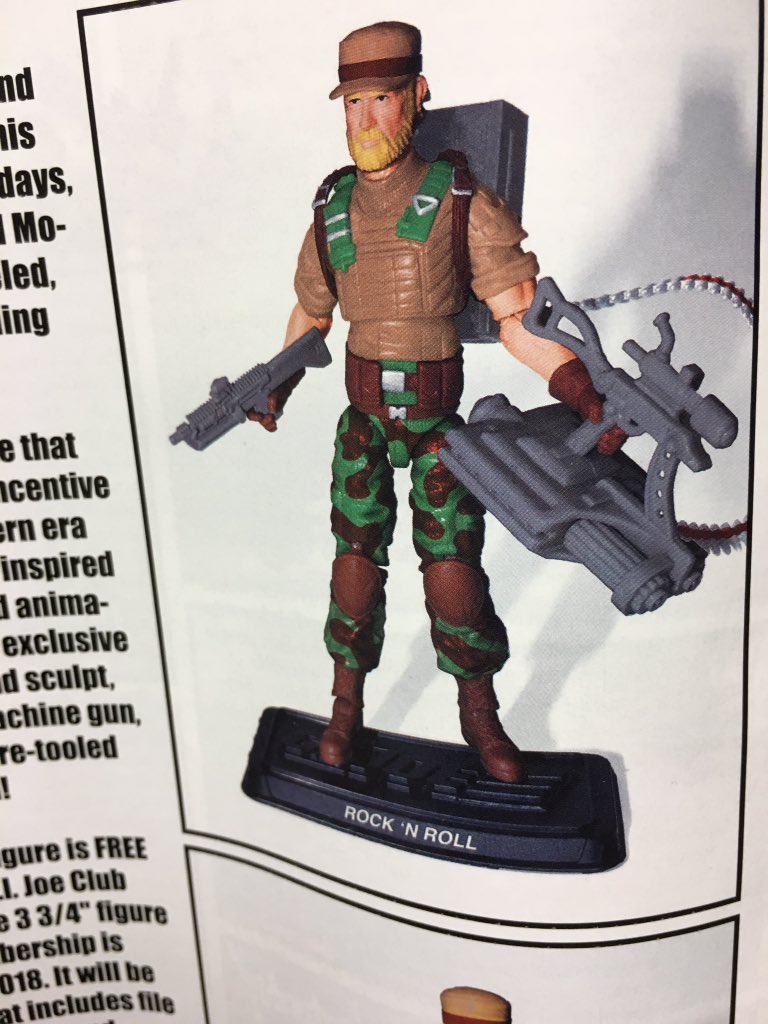 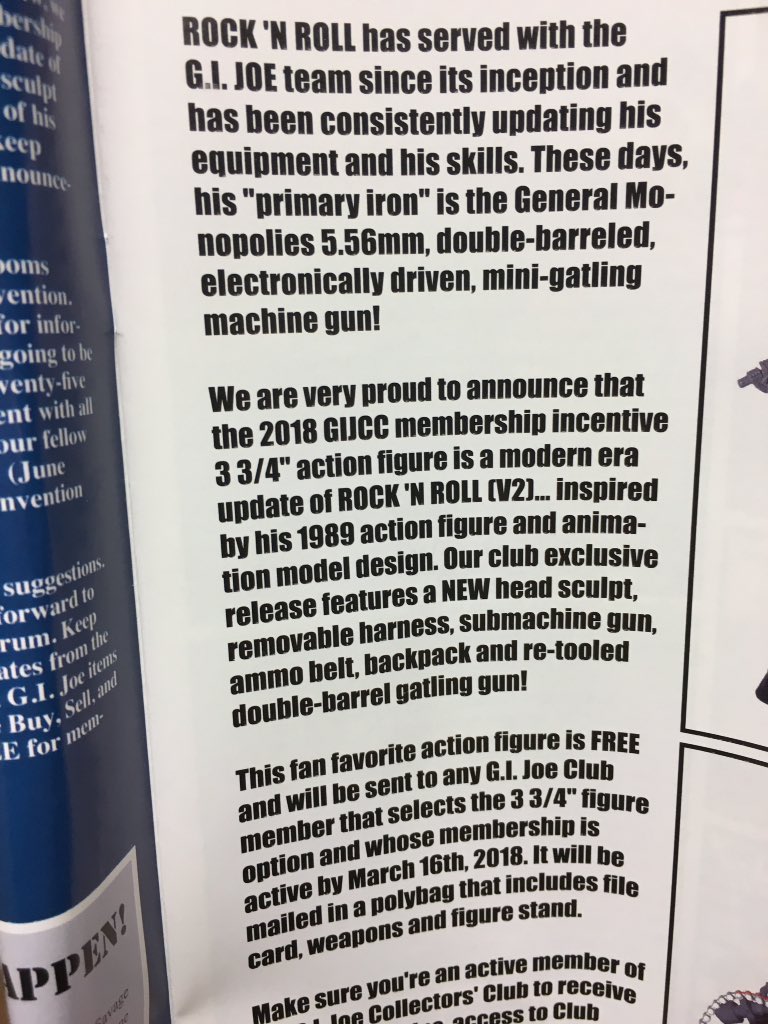 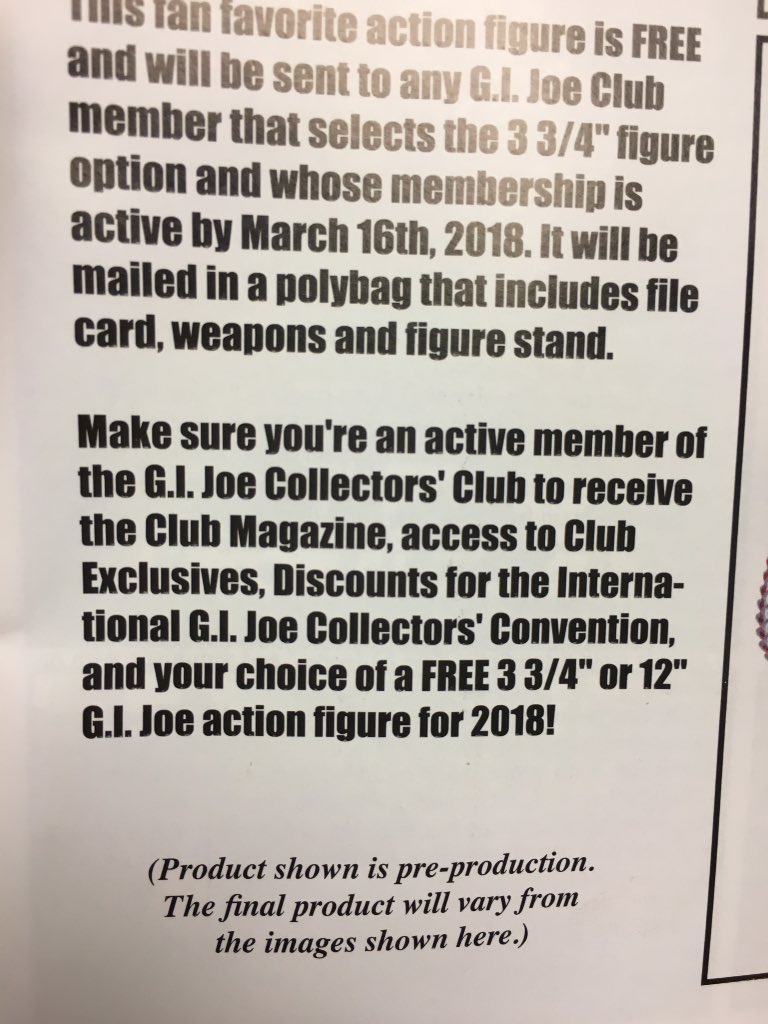