Registration for Joe Con 2017 is now LIVE and we’ve got another preview: Battle Force 2000 Blaster!

Let’s be honest– reaction to the Joe Con 2017 preview images so far has been pretty mixed.  Fans seemed to like Maverick and Avalanche and they were lukewarm to both Dodger and Knockdown.  With only three figure designs left to show, it was up to the Club to turn the tide with the remaining figures.

Blaster does a pretty solid job in that department.  Yes, it’s the return of the tried and true PoC Duke torso that has been used by the Club for both Psyche-Out and Barrell Roll. I think I’m seeing the PoC Jungle Viper arms and at least the lower legs of of the amazing PoC Snake Eyes.  For the most part, it’s a decent match to the original 1987 Blaster design.  I’m still not 100% sold on retooling the vintage weapons but c’est la vie.

I’m very curious to see what this head sculpt looks like in a non-digital sense.  It’s still hard to get a feel for what Blaster will really look like from this Photoshop preview.

With this preview we’re down to two previews remaining– Blocker and the new BAT v1.8 — of which there will be eight included in the set.

In case you’re keeping score, here’s the roster and all of the previews shown thus far:

According to the convention brochure, this year’s Joe Con 2017 boxed set will retail for $410.00.  Also, there’s no word on souvenir pricing at this time although it’s a safe bet that prices will remain at or around levels seen in both 2015 and 2016.  Regardless, it will be interesting to see how the Club intends to replicate the signature vehicles of this DARPA-inspired team.  Could another RHINO re-release be in the works?

For more information on this year’s event at Walt Disney World, visit GIJoeCon.com! 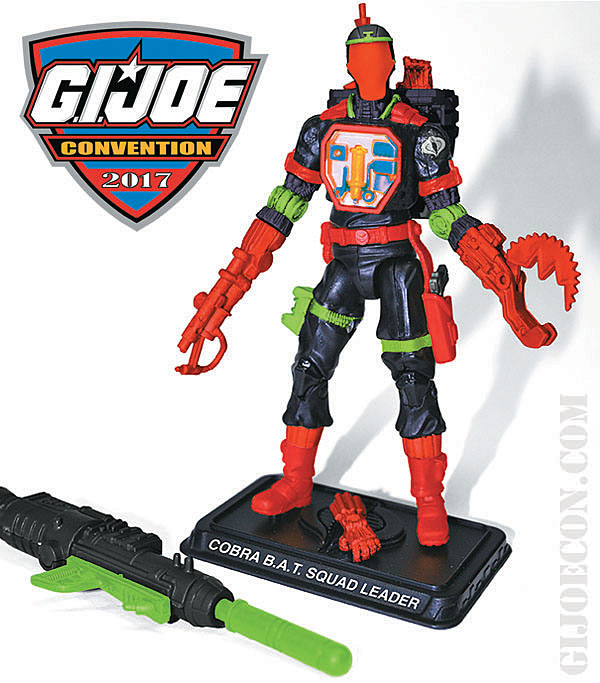 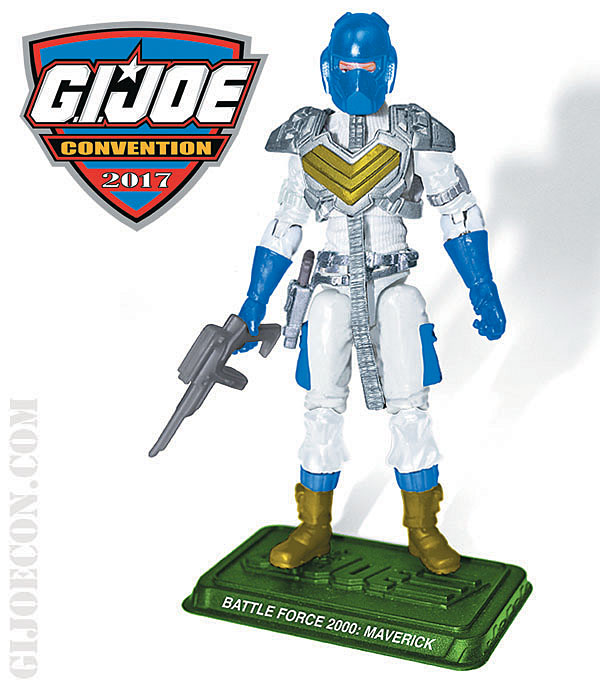 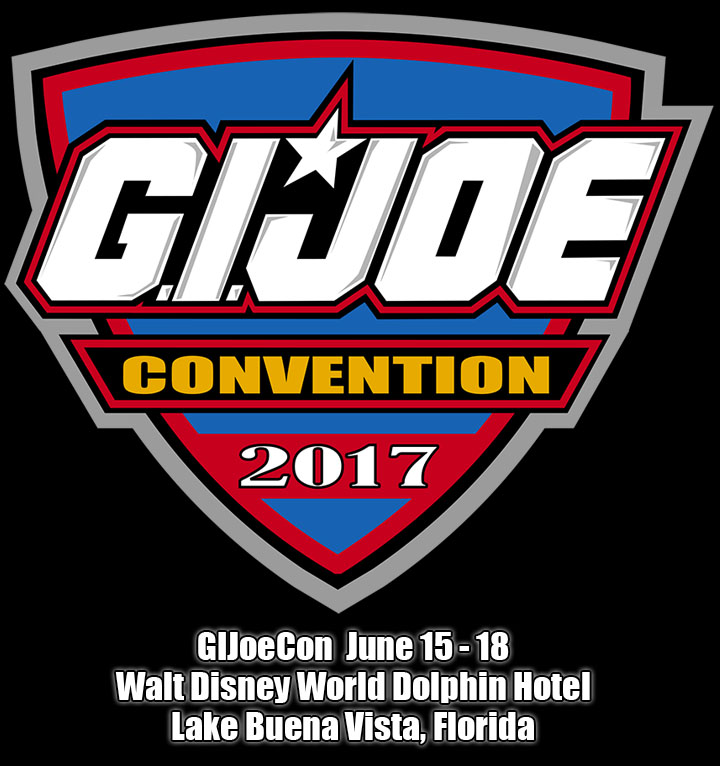 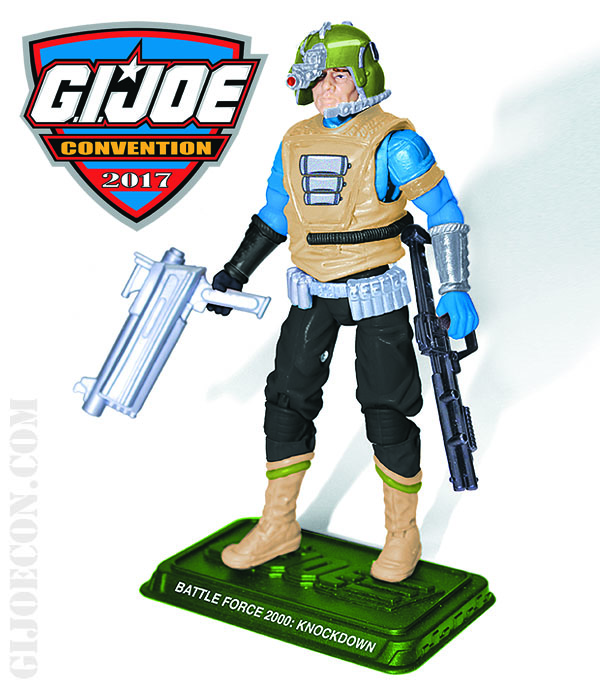 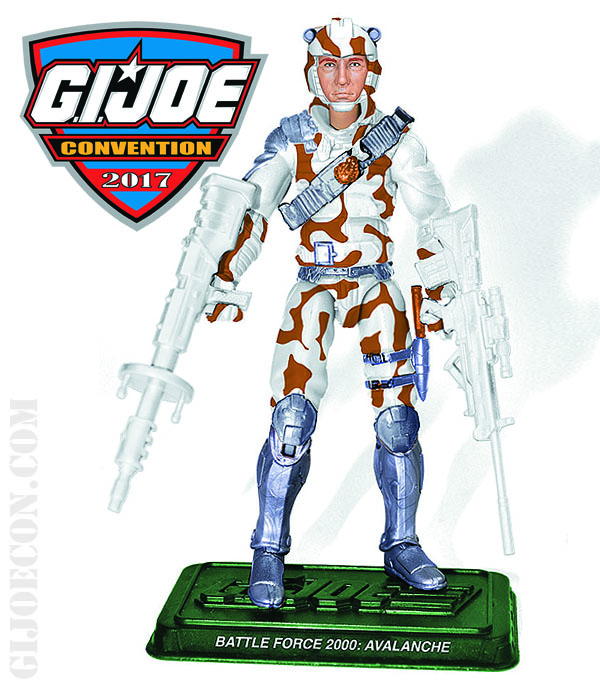 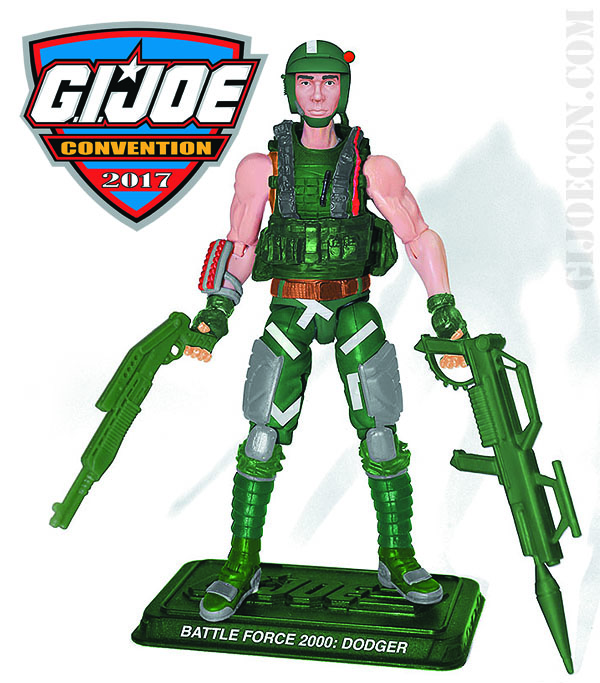 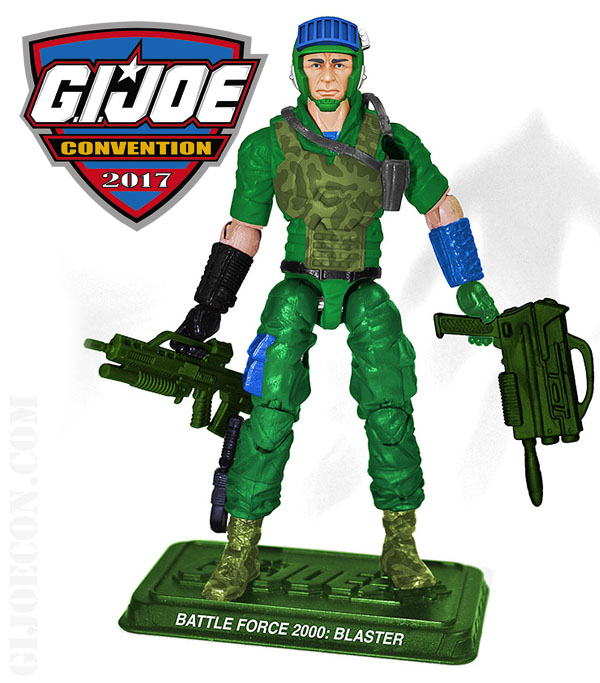 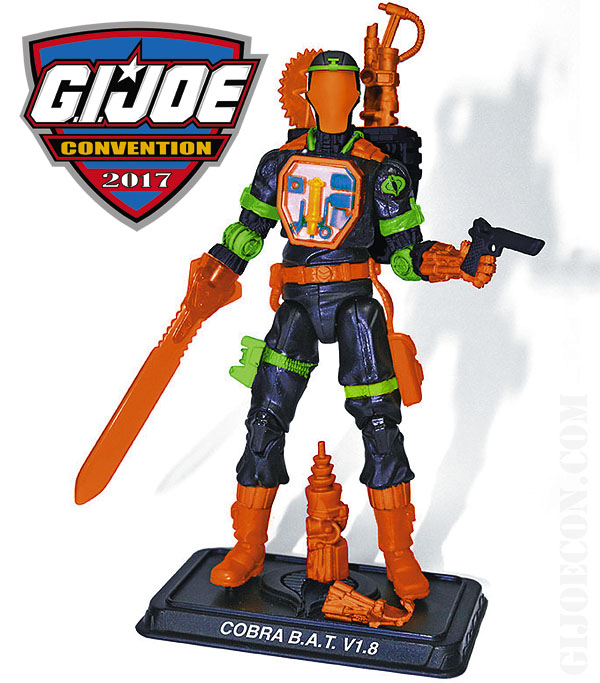 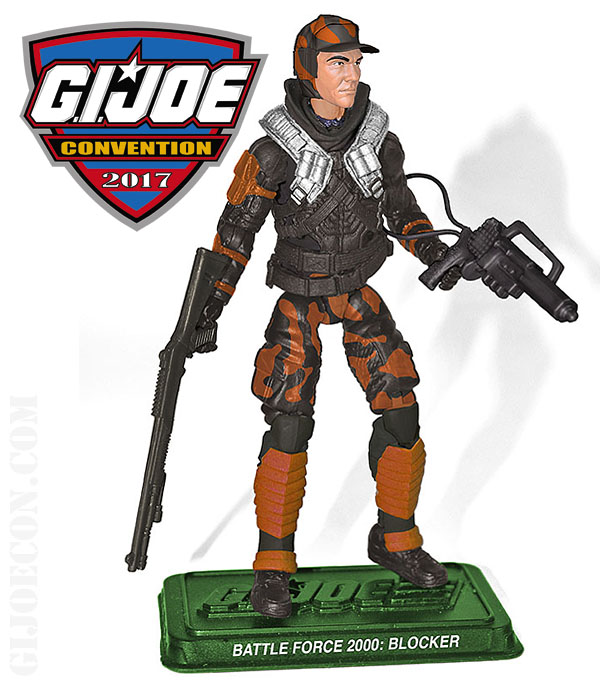