So far, the celebration of the G.I. Joe 50th Anniversary have seemed a bit lackluster.  Hasbro’s efforts have been minimal and are primarily focused on the A Real American Hero era which ran from 1982 – 1994.  Thankfully, another company has seen fit to pick up the slack and is commemorating Joe’s first 18 years with something a bit more fitting.

This commemorative G.I. Joe 50th Anniversary ornament will be released tomorrow at Hallmark stores around the nation as part of their second wave of collectible ornaments.  According to both The Joe Report, who first broke the story back in April, as well as Hallmark’s website, this piece is one of the more limited edition offerings this year and isn’t guaranteed to be available for long.  Joe carries a price tag of $19.99!

So, if you’d like to add some additional G.I. Joe holiday cheer this year to your tree or if you’d like to get one of the few actual pieces released this year that commemorates the ORIGINAL G.I.jOE you’ll have to get up early and fight the crowds at your local Hallmark location. 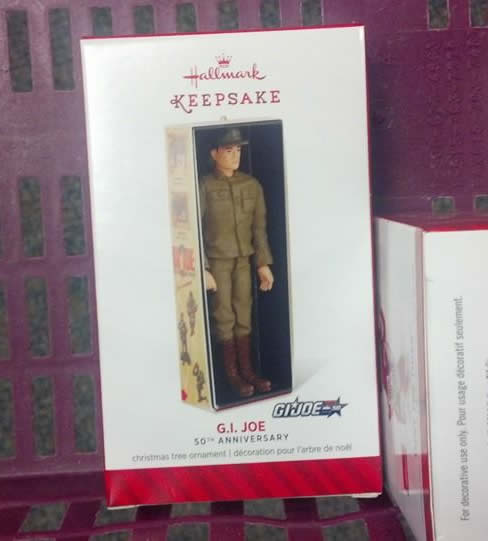 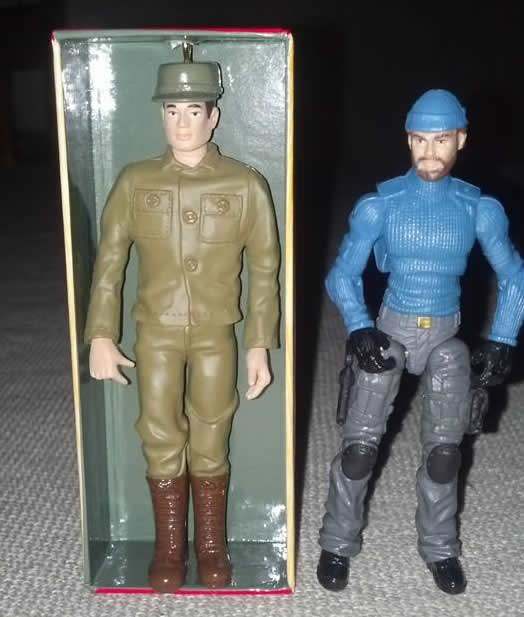