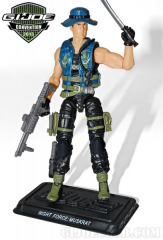 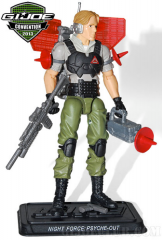 I never thought I’d say this but of the two figure Psyche-Out is the CLEAR winner! From the headsculpt to the reuse of the 30th Duke body, he’s head and shoulders above most updates to classic designs. Muskrat is solid but the blue is throwing me off somewhat. However, as it has been pointed out to me the blue vest is removable. Otherwise, the club continues to hit a home run in terms of successful updates to classic characters.

Bring on Hit & Run and Repeater!