Gee, it’s been a whole few days and I’ve not sung the praises of Robert Atkins on the main page of JBL.  You might be asking yourself “Is everything okay?  Did they have a fight?”  While that is hardly the case, IDW artist extraordinaire has added three posts that might be of particular interest to Joe fans. 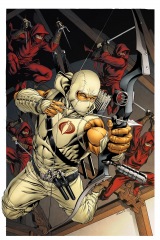 The next day on Saturday, December 17, he posted images of a stunning Firefly commission!

Lastly, on Sunday December 18, the artist discussed his rendering of the Baroness on the cover of G.I. Joe vol 1 #19 and posted several never-before-seen turnarounds of the character. 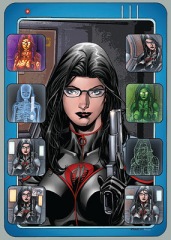 Seriously– if you’re a fan of G.I. Joe in comic form you owe it to yourself to keep an eye on his blog for a fantastic chance at a glimpse of some behind the scenes insight into some of the best Joe comic art out there!