The past few years have seen more G.I. Joe/Transformers crossovers than I would have thoguht possible including three SDCC exclusives from Hasbro.  This year Fun Publications, the company behind both the G.I. Joe Collector’s Club and the Transformers Collectors Club, announced two different crossover sets– one featuring Marissa Faireborne, the daughter of Flint and Lady Jaye, and a second featuring a beloved character from the Transformers episode “Only Human.”  In this episode, the villain Drath approached an indvidual named “Old Snake” for his synthoid technology, something that Cobra had used numerous times in the G.I. Joe cartoon.  Old Snake, as most fans will immediately recognize, was intended to be the future version of Cobra Commander!

I’ll admit that this set is pretty tempting– two recolored Transformers Prime Soundwave figures in BAT colors and a rendition of Old Snake that is as close as you can get without requiring any new tooling.  The only downside of this entire set is the pricepoint – $79.99!

Many folks out there will immediate complain that “Joe fans are cheap” and that “Joe fans wait for Ross (discount stores)”, etc – but considering that the Crimson Strike SDCC exclusive set lists for $109.99 at HasbroToyShop.com and includes a Skystriker, a HISS tank and four figures, this set seems to be priced a bit high in my opinion.

Regardless, if you’re looking to order, just use the link below and snag yours today: 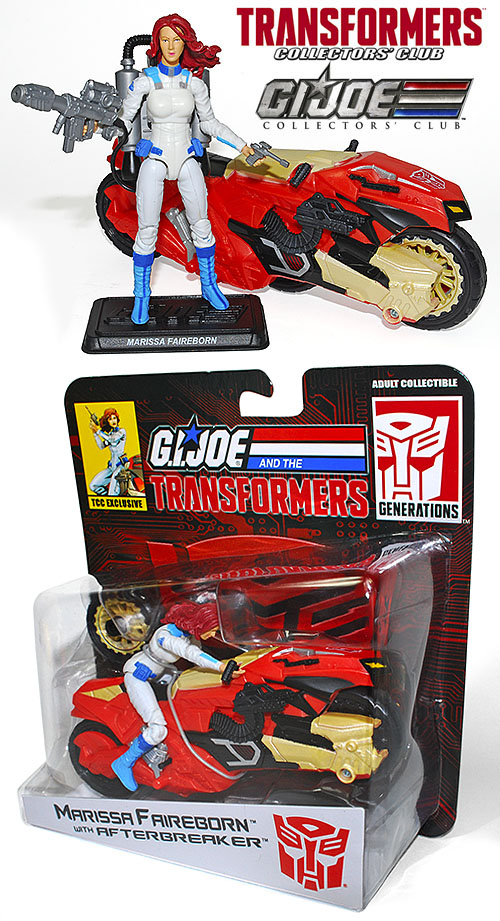 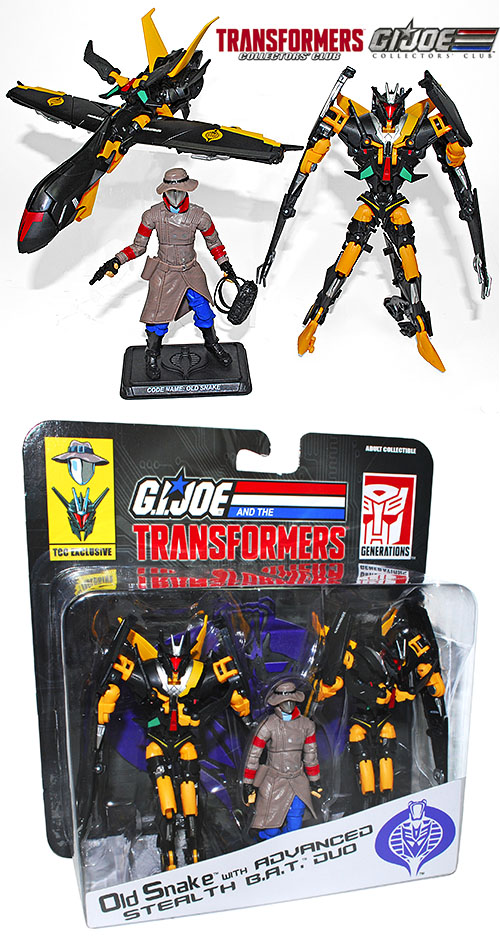 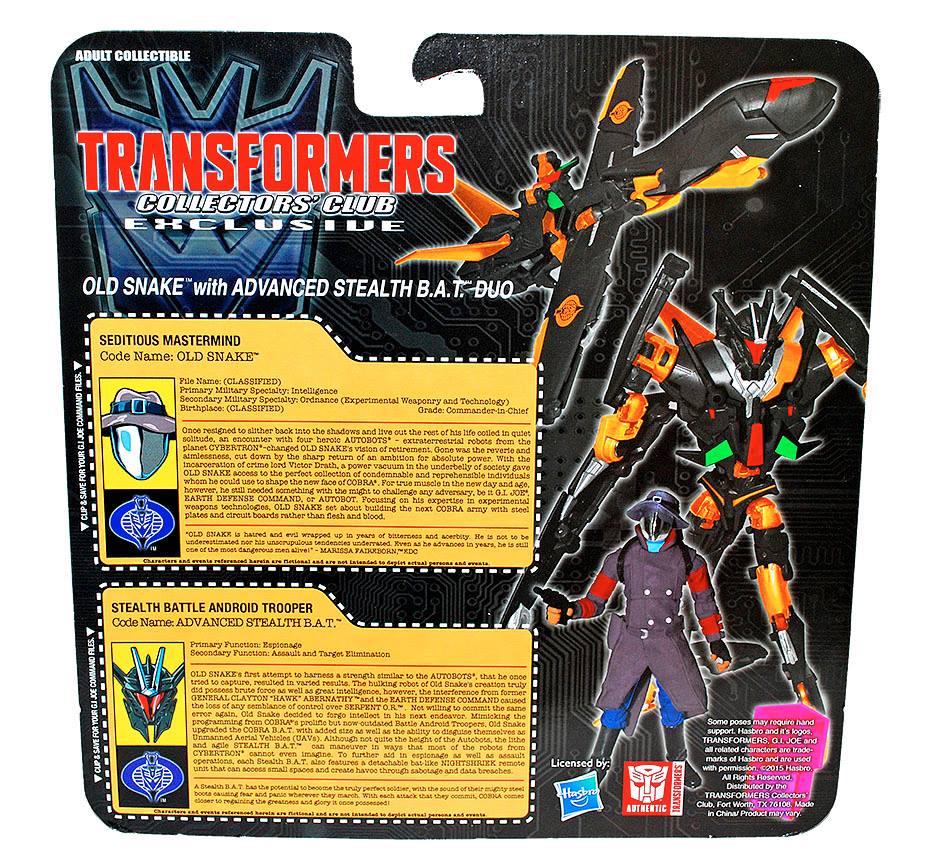 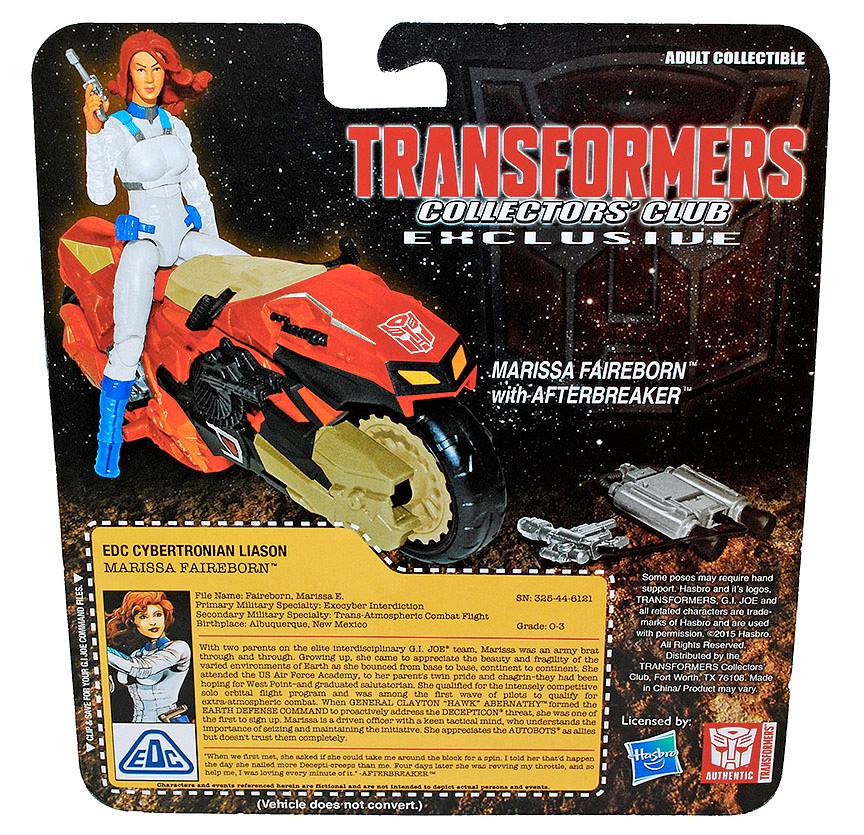