Look, I get it– this is a G.I. Joe site and Deadpool is a Marvel Comics character.  However, on occasion I like to share some of my other geeky interests be it Jonny Quest, James Bond, or, in this case, my obsession with the Merc with a Mouth.  (Just look at how many cameos he makes in reviews around here!)

This costume is SPOT ON!  Seriously– this is jsut what I had hoped for but didn’t dare dream was possible!  Full-on fanboy nerd meltdown right now!  Plus, in typical Deadpool fashion it was revealed in as irreverent a fashion as possible!

It’s far too long until the movie comes out but be sure to follow @DeadpoolMovie on Twitter to stay abreast of the latest Deadpool movie news!

Just in case you’ve forgotten, here’s the leaked test footage that was responsible for the movie FINALLY receiving a green light!

The ‘Poolman crashes into theaters on February 16, 2016!   What do YOU think of this costume reveal? 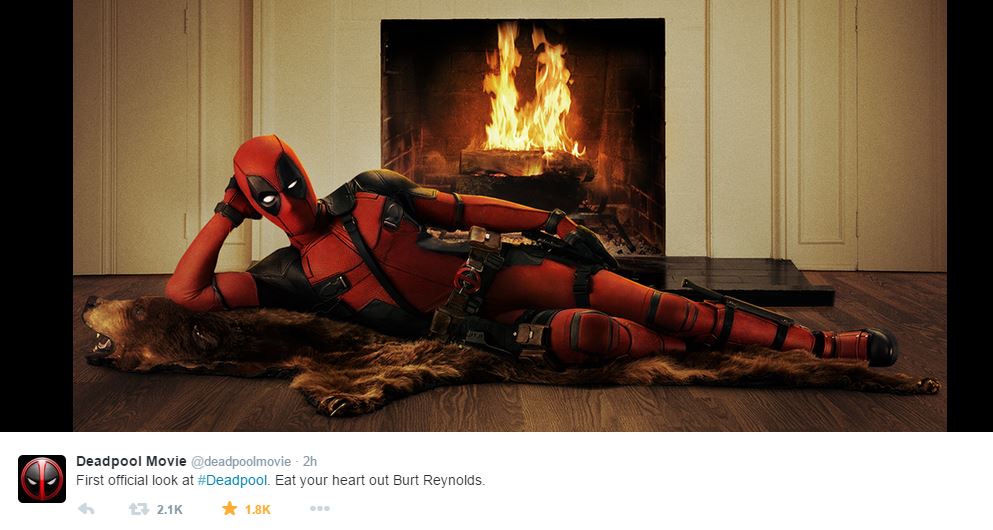 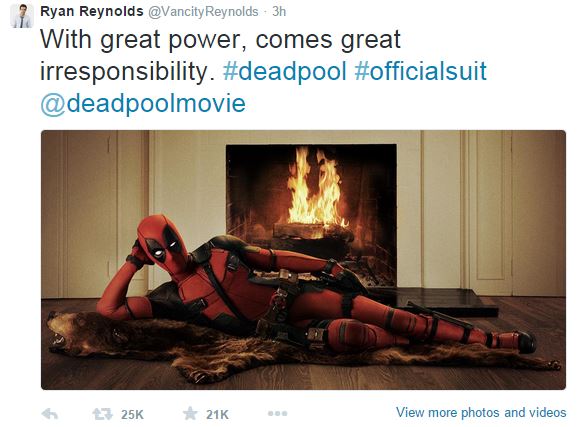