The G.I. Joe Collector’s Club had a surprise when they announced Cross Country as the 2014 membership renewal figure and that was the release of an exclusive HAVOC Mk II that would also be available.  Today, David Lane unveiled the final sample images as well as the pricing information.

Based on the colors of the original H.A.V.O.C. driven by CROSS-COUNTRY, this vehicle features an opening canopy, free-rolling wheels, a moveable windshield wiper and hi-velocity X-1 torpedoes. Plus, you can elevate the vehicle’s launcher to rotate 360 degrees and fire four missile accessories!

[Vehicle will be bagged with accessories and some assembly is required. Cross-Country figure NOT INCLUDED.]

The H.A.V.O.C. [Heavy Assault Vehicle Ordnance Carrier] MK-II combines the stamina of a tank with the handling of an off-road vehicle. The result is a machine that makes its own road over tough terrain to battle the evil forces of COBRA.

It’s not a bad looking vehicle although I don’t know if I need um… HAVOC in my collection at this time.  Still for those fans who don’t own a vintage version and want a vehicle with which to display Cross Country this isn’t a bad price.  When you consider that there won’t be any new 1:18 Joe product out until Fall the Club just might have a perfect window in which to sell these bad boys.

Cross Country is available as a free figure to those individuals with a current membership in the G.I. Joe Collector’s Club as of March 16, 2014.  For more information, visit GIJoeClub.com today. 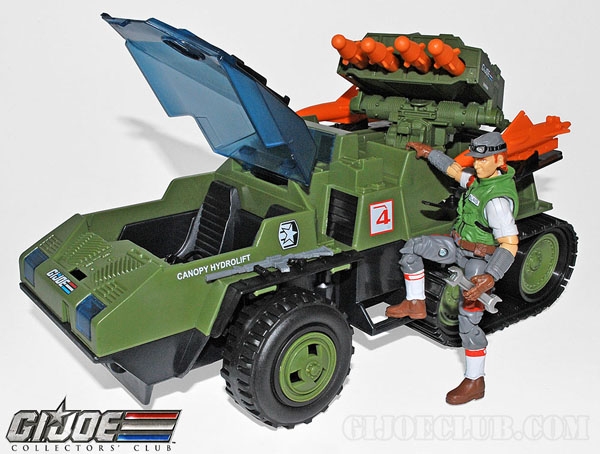 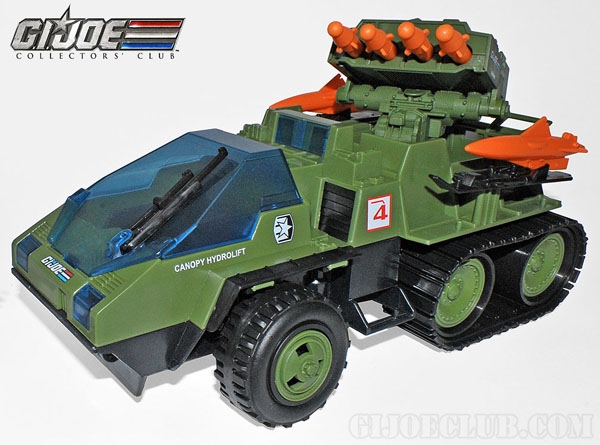