G.I. Joe costuming has been taken to new levels by the California-based Cobra 1st Legion.  Focusing on accurate representations of the classic character, members of the 1st have organized dramatic photo-shoots at varied locations to produce live-action dio-stories.  Each shoot has had a specific story line and the result is nothing less than stunning.  For their latest shoot, the Legion took on the most infamous prison in US history: Alcatraz!

JBL reached out to Matt Holdaway for more information on this impressive group of costumers:

“The Cobra 1st Legion is a G.I. Joe themed Cosplay/Charity organization started in February 2012. In that time they have done photo-shoots on an aircraft carrier, a liberty ship, a submarine and at Alcatraz prison. They have also sent out hundreds of books with Operation Paperback, done a food drive for The Alameda County Community Food Bank and team up this weekend with Ocean Conservancy for Coastal Cleanup Day. For the War on the Rock they drew heavily from the cartoons and comics to create a sequential story from photos as an homage to Larry Hama’s classic Silent Interlude. For more information go to www.facebook.com/cobra1stlegion

Seriously– these guys and gals have turned their love for G.I. Joe into a costuming hobby that also helps our troops overseas and those in need.  Check out the mirrored images of the shoot at “The Rock” below and then give the Cobra 1st Legion a follow on Facebook! 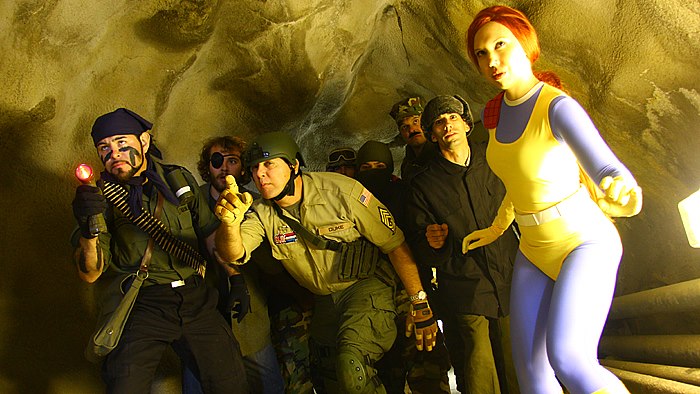 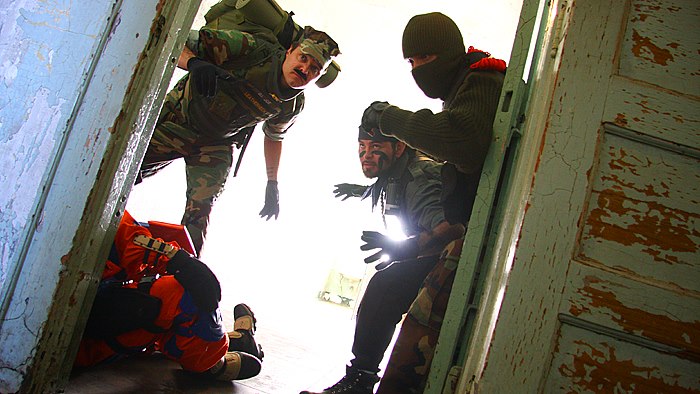 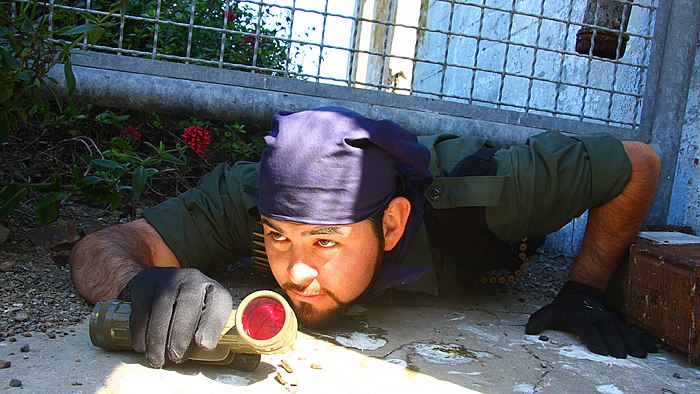 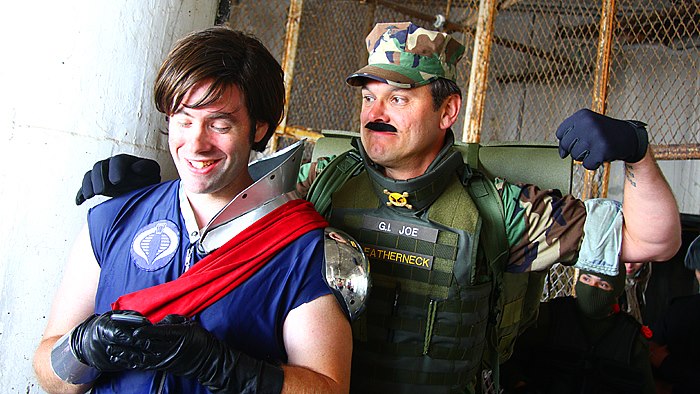 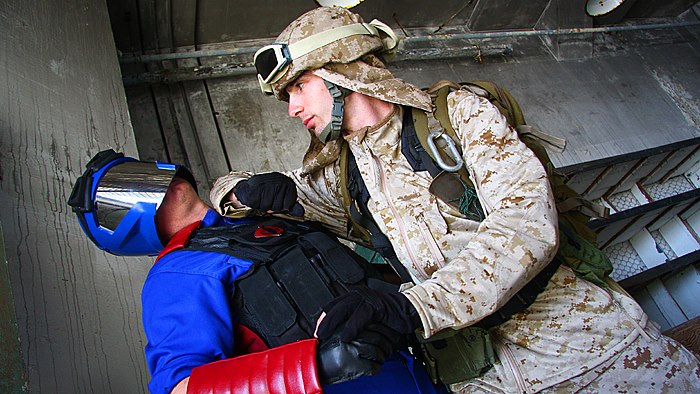 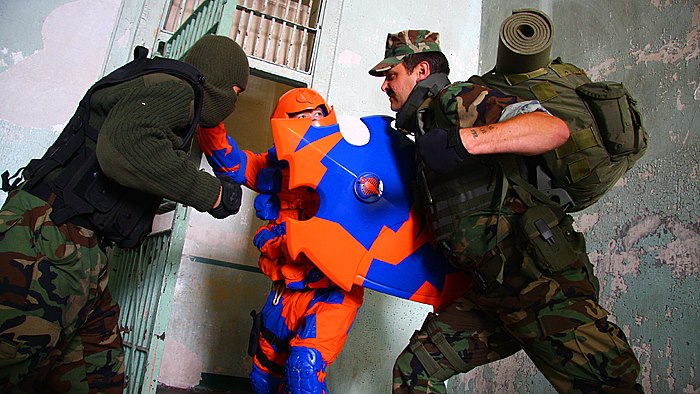 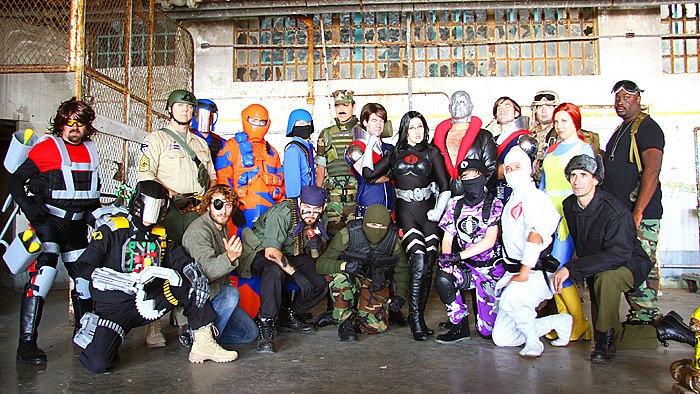 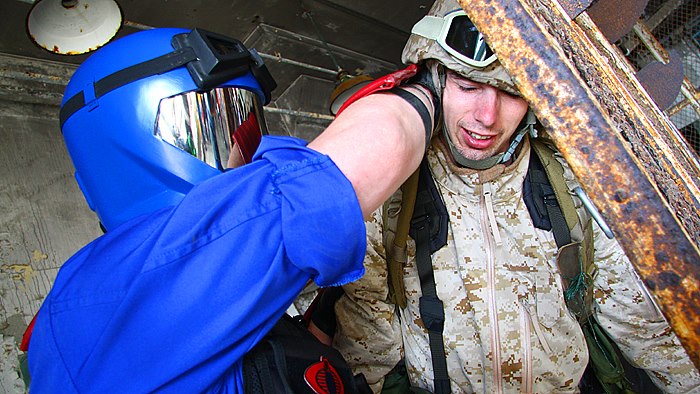 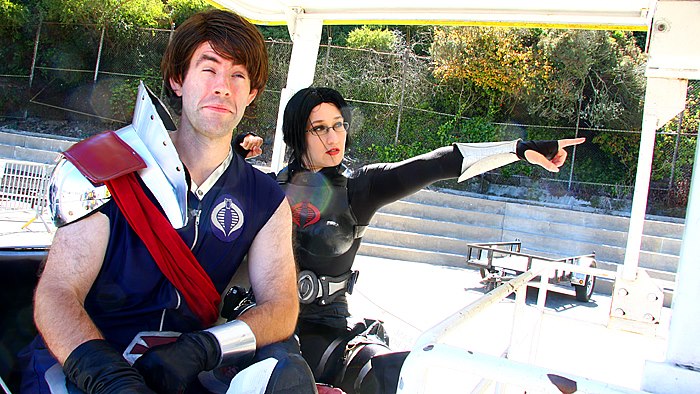 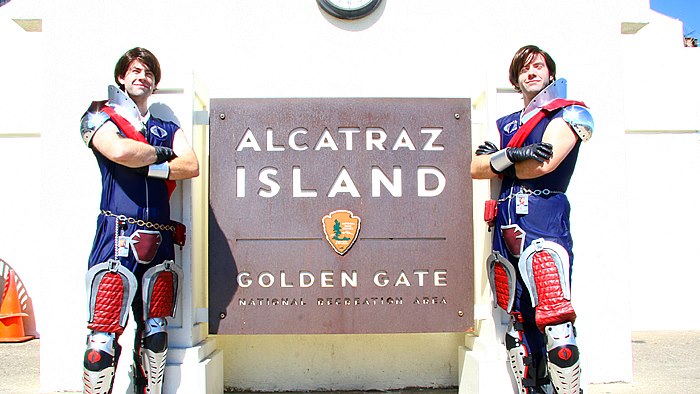 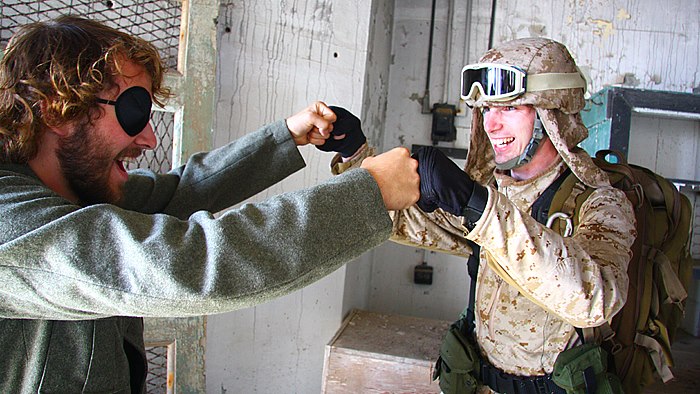 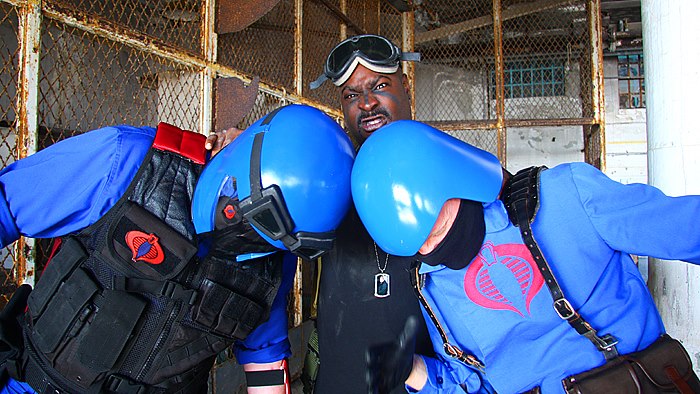 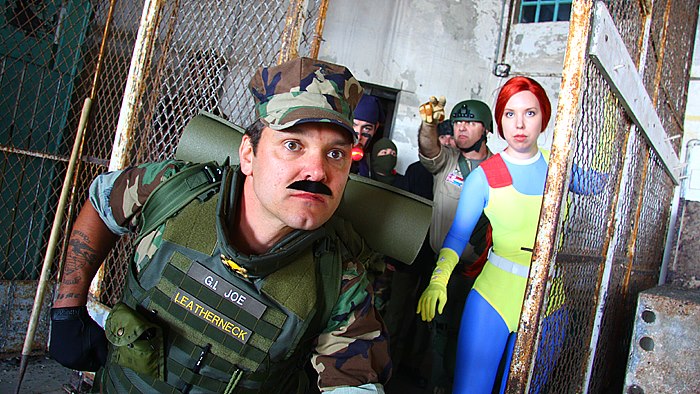 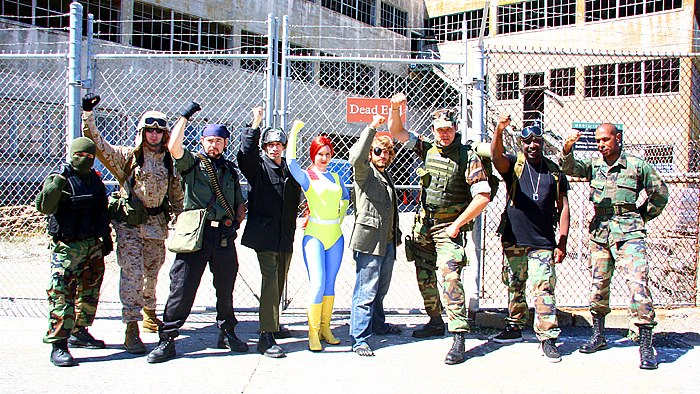 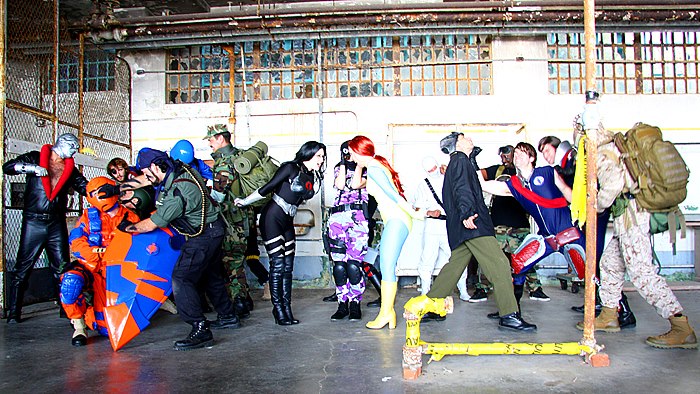